Trump has since slammed the report, calling it a “phony story,” and a spokesman for Trump’s lawyer questioned the legality of leaking information in a statement to TIME, but did not deny the report.

But before he was elected president, Trump repeatedly blasted 2016 Democratic presidential nominee Hillary Clinton for the investigation into her use of a private e-mail server while Secretary of State. In fact, Trump said having a sitting president under criminal investigation would result in a “constitutional crisis.”

“She’s likely to be under investigation for criminality for a very, very long time to come,” Trump said during a Oct. 31, 2016 speech in Warren, Mich.

“We’re going to be tied up in court for the rest of our lives with this deal,” he added, referring to if Clinton were elected. “She’s not going to win the election, but I’m just saying. If Hillary is elected, she will be under protracted criminal investigation likely followed by the trial of a sitting president. This is just what we need.”

Just three days prior on Oct. 28, 2016, former FBI Director James Comey said he was going to reopen the investigation into Clinton’s e-mail server in an open letter to Congress. Trump used the reopened case to warn of the dangers of having a sitting president under investigation.

“If Hillary Clinton were to be elected, it would create an unprecedented and protracted constitutional crisis,” Trump said during another speech on Nov. 2, 2016.

Two days ahead of the election on Nov. 5, 2016, Trump said Clinton’s “current scandals and controversies will continue throughout her presidency” and it would be “impossible for her to govern.”

An ongoing investigation into Russian interference in the 2016 election has lasted for several months, and has probed whether the Trump campaign had colluded with Russian officials. But the investigation itself hadn’t included Trump directly until now, as the Post reported.

Last week in a testimony in front of Congress, Comey said while he was still FBI director, Trump had asked him to stop investigating former National Security Advisor Mike Flynn.

While Comey did not say whether he thought Trump’s actions constituted an obstruction of justice, he said he was “sure” Mueller would look into it.

“I took it as a very disturbing thing, very concerning, but that’s a conclusion I’m sure the special counsel will work towards to try to understand what the intention was there and whether that’s an offense,” Comey said. 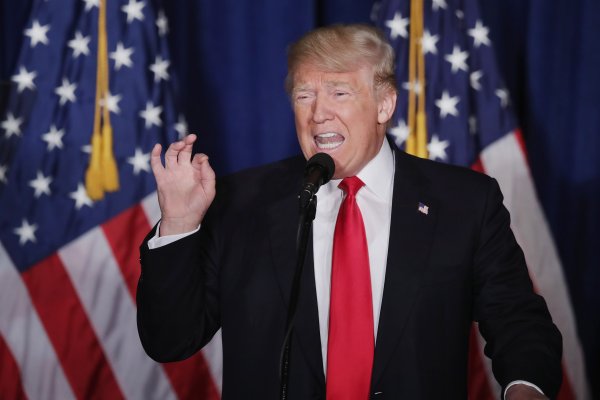 Trump Blasts Obstruction of Justice Reports
Next Up: Editor's Pick