Congressional baseball is a quaint throwback of a sport, not just for the aging players who take the field but for the country they have been elected to represent. It is anchored in the unfashionable idea that political leaders serve a single American public, one united more by its pastimes than divided by its politics. Democrats and Republicans play for the fun of it.

Since the first pitch in 1909, the scrimmage had evolved and expanded into its current form, as a fundraiser for local causes played at the stadium used by the Washington Nationals. For months, without public notice or fanfare, Democrats and Republicans take the fields to practice as often as three days a week, as early as 6:30 a.m. They’re not particularly good, but that’s not the point.

So when a deranged gunman opened fire on a baseball diamond in Alexandria, Va., June 14, he was taking aim at more than the GOP members of Congress who had risen at dawn to practice on the far side of the Potomac River. He targeted the notion that the country could still be more than the political furies that increasingly define it, and that had allegedly come to consume him.

On that score, at least, his attack was a failure. He wounded five and briefly unified the nation’s political leaders. When Democrats, at their own practice, learned of the shooting, they gathered together in prayer for their colleagues.

“We may have our differences,” President Trump told the country, in a hastily arranged statement that set aside the belligerent tone of his tenure. “But we do well, in times like these, to remember that everyone who serves in our nation’s capital is here because, above all, they love our country.”

In the U.S. Congress, members from both sides of the aisle gave a standing ovation when House Speaker Paul Ryan declared, “An attack on one of us is an attack on all of us.” House Democratic leader Nancy Pelosi then rose, for the first time ever, she said, to associate herself with Ryan’s remarks.

The alleged shooter, James Hodgkinson, 66, a home inspector from Belleville, Ill., was killed by the returned fire of law enforcement. Two Capitol Police officers were wounded trying to bring him down, along with a congressional staffer and a lobbyist. House majority whip Steve Scalise, who was playing second base when the shots started, took a bullet in the hip, crawled into the outfield and was airlifted to a hospital by helicopter.

South Carolina Representative Jeff Duncan said afterward that he believes he had exchanged a few words with the gunman minutes before the shooting started. The man asked who was playing and from what political party. “I told them they were Republican,” Duncan remembered. “He said, ‘’K., thanks.’” Then the man walked away

Hodgkinson was known in his hometown as a political activist, and Vermont Senator Bernie Sanders said his name appeared in the volunteer rolls of his presidential campaign. Hodgkinson had a history of violent behavior, and his social feed was a dark parody of the dismal state of the nation’s political discourse, where disagreement is personal and anger is visceral. He had joined groups called Terminate the Republican Party and The Road to Hell Is Paved With Republicans.

In this way, Hodgkinson was just another symptom of a creeping national disease. Rarely a week goes by these days without new evidence that the debate over ideas and policy is giving way to violence. Opposing protesters attack one another from the streets of St. Paul or Berkeley. A soon- to-be elected Congressman in Montana body-slammed a reporter for asking an unwelcome question the day before the election. Vile comments once considered unfit for public discourse are common currency online.

Most days, partisans benefit by stoking the political outrage. But few in Washington now doubt that anger has gone too far, crossing from passion to danger, from appropriate to irrational. “This has to stop,” said Illinois Republican Rodney Davis, still dressed in his baseball uniform and cleats, when he returned to the U.S. Capitol. “And it has to stop today.” 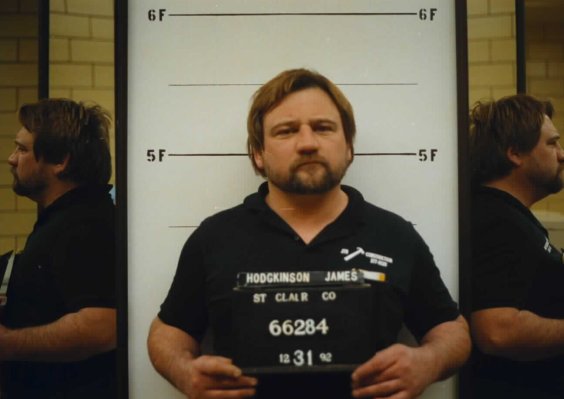 Why So Many Mass Shooters Have Domestic Violence in Their Past
Next Up: Editor's Pick