This Week in Health: How Farmers Turn Salmon Pink

This week revealed a little-known secret about the vibrant pink color of farm-raised salmon: it comes from a pigmenting chemical farmers feed their fish. Here’s what else caught our attention in health this week. (Sign up for the TIME Health newsletter for more.)

How farmers turn their salmon pink

Farm-raised salmon would naturally be white, but farmers add a coloring chemical to their feed to turn it reddish-pink. That’s because consumers will pay up to $1 more per pound for darker colored salmon compared to salmon with lighter hues.

How to get a no-sun tan

No, it doesn’t involve staining your skin orange. This tanning process, newly discovered by scientists, triggers the natural burnishing process inside your skin that occurs when you tan—but without the sun.

Barking news: dog owners walk an extra 23 minutes a day, according to a new study. They took an extra 2,760 steps compared to people without a canine companion.

Researchers found an ingenious way to get people to eat more vegetables just by calling them something seductive. People were more likely to buy beets, for example, if they were labeled “dynamite chili and tangy lime-seasoned beets.”

Almost 30% of people in the world are obese or overweight

Obesity rates in 70 countries have doubled since 1980. The rates of death from weight-related health problems are also shockingly high, according to the latest numbers.

Teens are getting more depressed but using fewer drugs

A new report compiles information on mental health and substance use among teen and adults in the U.S., and the picture is mixed.

Eating french fries is linked to a higher risk of death

A new study finds that eating fried potatoes at least twice a week is associated with an increased risk of death. That’s a bummer, but unfried potatoes, like those baked and mashed, did not appear to have the same risk.

Most premature babies do well in school later on

There’s good news for extremely premature babies. Most preemies are ready to begin kindergarten on time and perform as well as full-termers in primary and middle school, new research finds. 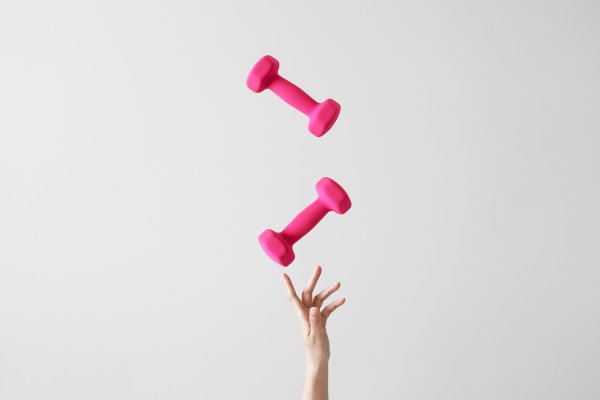 This Week in Health: Why Weight Training Is So Good For You
Next Up: Editor's Pick