Please Don't Ever Call Me Or My Family 'Basically White'

Her blue eyes are childhood summers doing backward dives into the pool and boogie boarding with reckless abandon on the crests of chilly New England waves — I have the scars on my upper thighs to prove it. I’d happily drown in her piercing indigos, so different from my deep browns.

“She has your eye shape,” some say, looking from her to me, from me to her. They struggle to make the connection. The colors don’t match, not only of our eyes but also of our skin, she more of a latte to my coffee with skim.

As I help her up the slide at the playground, I wonder how many question if I’m her mother or nanny. And on bad days, I hope they decide nanny. That way, she’ll be safe from the ones who yell “Go home!” and “You don’t belong here!” Or worse.

To be clear, that has only happened to me once, 15 days after January 20. I was on vacation in Austin, Texas, not at a park in Jersey City. Yet, that one instance shifted something. Before, if I caught a white man glance my way, I might wonder if he were checking me out. Now I wonder if he’s going to shout at me.

Every day, there’s new justification for this fear: the stabbings in Portland, the graffiti at Lebron James’ home, the noose found inside the National Museum of African American History and Culture.

So while I know I must choose not to live in fear, I can’t help but to live with fear, as far too many of us today do. And I’m slowly learning what that looks like.

Sometimes it’s simply walking down the street with my family, silently challenging people to see anything wrong: a white husband with his Indian wife and smiling daughter, a whole new shade born not from her parents’ shared color or religion but faith in each other. And love. All the love.

When instructed on our girl’s daycare application to check one box to indicate her race, I flash back to growing up in a Boston suburb where fewer than 10 of us represented the school’s minority population. Friends would assure me I was “basically white,” meaning that as a compliment, and I would accept, not thinking too hard about its implication. In the moment, I was just glad to be, as I heard it, “basically normal.”

There were other instances, too: In middle school, there was the boy everyone said was perfect for me. But we didn’t have a thing in common, other than our skin tones. And even that was a stretch. He was half black, half white.

Earlier, in elementary school, there had been the time I stood with my good friend in her grandmother’s bathroom, changing out of our suits after an afternoon of swimming. She looked down at the toilet, then looked at me, and something seemed to click: “You’re a poop stain,” she said. It was like I was watching her discover racism.

I could tell that she immediately regretted it, but she didn’t apologize. And that’s all it takes.

These episodes and a handful of others — I’m lucky that it didn’t extend beyond them — were enough to sow the seeds of self-doubt. The backward dives and boogie boarding were now tinged with reserve, the abandon replaced with a hesitation to show my full self.

But that’s living in fear, not with fear. And if I could go back in time, I would do it differently. I would talk about Diwali and the Indian food I loved, made by my mom every night for dinner. I would share my whole story, and then feel more whole. I would not be humiliated when someone noted the smell of fried onions on my clothes.

My daughter, I’m determined, will learn from my past.

June 12 marks the 50th anniversary of Loving v. Virginia, in which the Supreme Court ruled that prohibiting interracial marriage was unconstitutional. The first school our girl will ever attend, also the first time she’ll be surrounded by kids who might wonder about her race, was founded in the summer of 1927, 40 years before that ruling. It’s a Roman Catholic school that welcomes children of all races and religions, and as capable and lovely as the nuns are who run it, their systems are equally quaint. When my husband dropped off our deposit, he noted that the administrator’s office lacked a computer.

It’s not surprising, then, that their registration form does not reflect the current times: One in six newlyweds are married to someone of a different race or ethnicity, according to a 2017 Pew Research Center analysis, and for their children, one box is not enough. So I check two.

Our daughter could be mistaken for white, but I don’t want people, or her, to make that “mistake.” She is not “basically white.” She is white and Asian. She is half my husband, half me. The form is outdated, and she is the future. And I, lost but found in her baby blues, know that it is beautiful. 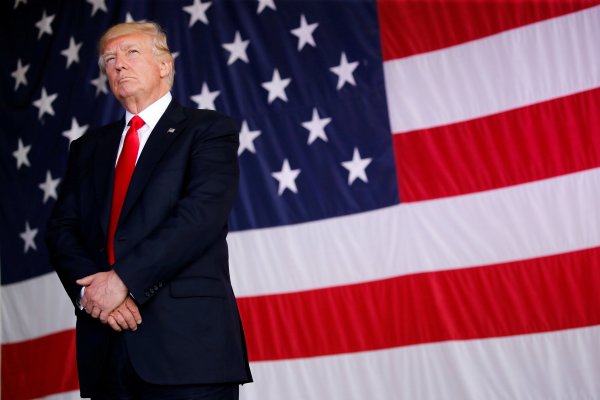