Melania and Barron Trump Have Moved into the White House

Almost five months after President Donald Trump moved into the White House upon his inauguration, First Lady Melania Trump and the couple’s 11-year-old son Barron have finally made the move to Washington.

The First Lady had opted to stay in the couple’s New York City apartment in Trump Tower until Barron finished up the school year. When the term resumes, Barron will attend St. Andrews Episcopal School in the capital.

The White House’s newest occupants arrived Sunday aboard the Marine One helicopter, NBC News reports. Barron will reportedly be the first young boy to live at 1600 Pennsylvania Ave. since John F. Kennedy, Jr. in 1963.

“Looking forward to the memories we’ll make in our new home!” the First Lady said in a tweet late Sunday. Barron Trump’s move alongside his mother was confirmed by Mrs. Trump’s communications director Stephanie Grisham in a later tweet.

The security arrangement for Melania and Barron Trump’s remote residence was estimated to have cost the New York City government between $127,000 and $145,000 per day when they were the only Trump family members in town. 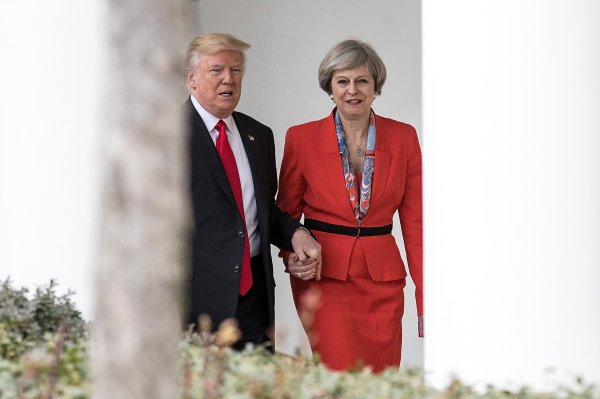