'Femaleness Is Not a Design Flaw.' J. K. Rowling Shuts Down Theresa May Troll on Behalf of All Female Politicians

Once again, J.K. Rowling is taking people to task on Twitter. This time, the Harry Potter author chose to call out misogynist behavior in a passionate 14-part Twitter missive.

It started with Rowling explaining that she unfollowed someone on the social media platform who she considered “smart and funny” — but she couldn’t abide by the sexist language the Twitter user lobbed in the direction of British politician Theresa May. Although Rowling is opposed to May’s Conservative Party, she was not willing to sit by while the sexualized insult was tossed out on the platform.

“If you can’t disagree with a woman without reaching for all those filthy old insult, screw you and your politics,” she explained in her response. “I’m sick of ‘liberal’ men whose mask slips every time a woman displeases them, who reach immediately for crude and humiliating words associated with femaleness, act like old-school misogynists and then preen themselves as though they’ve been brave.” She went on to note that women in the public sphere, both physical and digital, are often faced with these kinds of abuses, regardless of their political leanings.

“I don’t care if we’re talking about Theresa May or… Hillary Clinton,” she wrote. “Femaleness is not a design flaw.” Within minutes, her tweets had picked up thousands of likes. First literature, and now J.K. Rowling has mastered the subtweet. 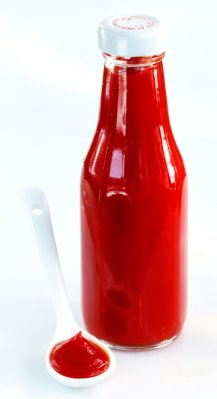 'The Ketchup Was Like a Brother to Me.' Man Holds Funeral For Dearly Departed Sauce
Next Up: Editor's Pick