Feeding eggs to children as young as six months can help them grow and reduce stunting, according to a recent study published in Pediatrics. What’s more, giving kids eggs at such a young age did not seem to increase the risk of allergic reactions, adding to similar findings from other recent research. In the study, no allergy symptoms were reported by caregivers.

Meanwhile, a second recent study—this one published in the American Journal of Clinical Nutrition—found that 2- to 6-year-olds who drank cow’s milk were taller than those who consumed plant-based or other types of animal-milk beverages.

Lora Iannotti, associate professor of public health at Washington University in Saint Louis, says that both eggs and cow’s milk are natural sources of readily available proteins, fats, vitamins, and minerals. (She’s lead author of the egg study, but has studied milk and childhood nutrition, as well.) “We’re not baby chicks or calves, but we can still take advantage of these holistic packages of nutrients,” she says.

In the first study, Iannotti and her colleagues compared growth and dietary patterns of 163 children in Ecuador who were between 6 and 9 months old at the start of the study. For six months, half were fed one egg a day, while the others were not assigned any specific foods.

At the end of the trial, the toddlers in the egg group were 47% less likely to have stunted growth, and 74% less likely to be underweight for their age, compared to those who were not fed eggs on a daily basis. Length-for-age, weight-for-length, and body mass index (BMI) percentiles also increased significantly for children in the egg group versus the control group.

Iannotti says that eggs can be an easy way to help children grow and gain weight in poor and undeveloped countries, since they’re widely available, cost less than meat or fish, and can be easily stored and transported. They’re also high in choline, a nutrient that’s important for growth, and amino acids, the building blocks of protein.

But she says her study also has implications for the United States. “Eggs can be beneficial to children everywhere, especially in low-income families where they are more vulnerable to nutritional deficiencies,” she says. “Eggs have been part of the Homo sapien diet for a long time, so we may even be genetically disposed to absorbing nutrients from them more efficiently.”

The researchers also found another benefit of an egg-heavy diet: When kids ate an egg a day, they ate fewer sugar-sweetened foods than those in the control group. “We don’t know if the kids were full and didn’t eat as much sugar, or if the parents were feeding them less,” Iannotti says. “But whatever the reason, it was a positive finding.”

Of course, eggs aren’t the only food that help kids grow. Fruits, vegetable, and whole grains are still important, especially as children get older. And dairy can be an important part of a child’s diet, as well, as the second study published today implies.

That research, which involved about 5,000 children ages 2 to 6, found that for every daily cup of cow’s milk they drank, children were 0.2 centimeters taller than average for their age. For every daily cup of non-cow’s milk, on the other hand—from almond, soy, rice, or goat’s milk, for example—they were 0.4 centimeters shorter. (Children who drank a combination of cow’s and non-cow’s milk were also shorter than average.)

The height difference for a 3-year-old who three cups of cow’s milk versus non-cow’s milk per day was 1.5 centimeters, the authors concluded—enough to move a child from the 50th to the 15th percentile for height compared to others of the same age.

Historically, cow’s milk has been a common source of protein and fat for children in North America, say the authors from Saint Michael’s Hospital in Toronto. But increasingly, more parents are choosing alternatives that may have lower nutrient content, they caution. (Cow’s milk is not recommended for babies younger than 1 year.)

The study could not determine why children who drank non-cow’s milk were shorter, on average, but the authors hypothesize that they may consume less dietary protein and fat overall. Two cups of cow’s milk contains 16 grams of protein, they wrote in their paper, which is 100% of the daily protein requirement for a 3-year-old. Two cups of almond milk contains just 4 grams.

RELATED: Healthy Family Meals That Even Your Kids Will Love

These studies don’t imply that toddlers must be fed milk and eggs to grow big and strong; some kids have allergies or intolerances, and nutrition experts say that even children raised on vegan diets can be completely healthy—and may actually develop better long-term eating habits than their non-plant-based peers.

But they do highlight some of the challenges those diets can pose for parents (especially when money is an issue) in making sure their kids are getting all of the nutrients they need. None of the authors, for either study, reported conflicts of interest or funding from the dairy or egg industries.

Iannotti says that, for growing children, it can be hard to beat the bang-for-your-buck benefits of eggs and dairy when fed in appropriate quantities. “You need to give infants these efficient sources of nutrients because they have small stomachs,” says Iannotti. “If you give them too much bulk, they don’t get the high-quality foods they need.” 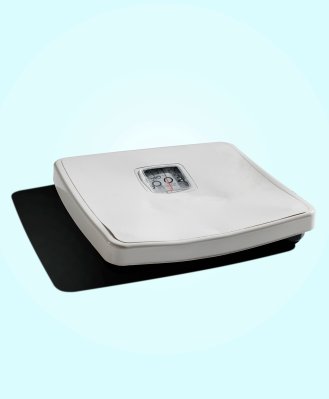 You Asked: What’s the Best Way to Lose 5 Pounds Fast?
Next Up: Editor's Pick