British Elections: What to Know About the Democratic Unionist Party

British Prime Minister Theresa May will form a government with the Democratic Unionist Party (DUP), the Northern Irish party whose socially conservative views on gay rights and religion have come under fresh scrutiny.

The party, which sits in the Northern Irish Assembly but also takes seats in Westminster, is set to be power-brokers for May’s Conservative Party, which lost its majority in Thursday’s snap election. The DUP’s ten seats could help May cobble together a 326 parliamentary majority needed to pass through laws.

It not known yet what sort of deal will be formed between both parties as the choice ranges from a formal coalition or an arrangement, known as “confidence and supply,” where the DUP will support the Conservatives’ minority government on important matters in return for some of their policies being enacted.

The party was founded in 1971 by Iain Paisley, a Protestant preacher turned politician, and favors Northern Ireland remaining a part of the United Kingdom. It is currently the largest party in the territory and is being led by Arlene Foster.

Northern Ireland is currently at a political impasse, after a power-sharing agreement broke down in January over a scandal involving a green energy scheme. The party is at odds with Sinn Fein, the Irish republican political party which declines to take seats in Westminster.

The DUP campaigned to leave the E.U., despite the majority of people in Northern Ireland voting to Remain. But unlike the Tories, the DUP advocates for a softer Brexit. In its manifesto, the DUP calls for a “frictionless” border with Ireland, wants to maintain the “ease of trade” with Ireland, and wants a “comprehensive free trade and customs agreement” with the E.U.

The decision to form some sort of pact has however drawn alarm among British political commentators:

The chair of its Education Committee, Mervyn Story, and a number of other DUP members are part of the Caleb Foundation, which is a leading creationist lobby group in Northern Ireland.

According to Huffington Post, the Foundation believes Earth is less than 10,000 years old (it isn’t) and wants its ‘Young Earthers’ to follow the literal interpretation of the Book of Genesis— which says the planet was created in six days by God. A 2013 report claims around 40% of the DUP’s grassroots activists want Young Earth creationism to be taught in schools.

The fervently Protestant party is known for their strong opposition to same-sex marriage, and is the only territory in the U.K. that doesn’t have marriage equality. In order to block change to legislation, senior figures in the party have called the issue a “red line” in its power-sharing talks in Northern Ireland’s Parliament.

According to the Telegraph, Former Northern Ireland Health Minister Jim Wells said he and other DUP members of the Northern Irish Assembly would split from the party if it ever relaxed its opposition to marriage equality. He said: “Peter will not marry Paul in Northern Ireland,” the Telegraph reports.

The party is opposed to any reform on the area’s restrictive abortion laws. Because of their efforts, Northern Ireland is the only territory in the U.K. where it is an criminal offence to have an abortion— except in cases where the is threat to a mother’s life. The maximum penalty for drug-induced miscarriage is life imprisonment. Campaigners say their actions forced thousands of women to travel to England or Scotland for terminations.

The party’s leader, Foster, is known in Britain for her role in a scandal now dubbed, ‘cash for ash.’ According to the Guardian, Foster allegedly oversaw a government programme that misused public funds by overpaying businesses for using green heating systems. She has denied any wrongdoing. 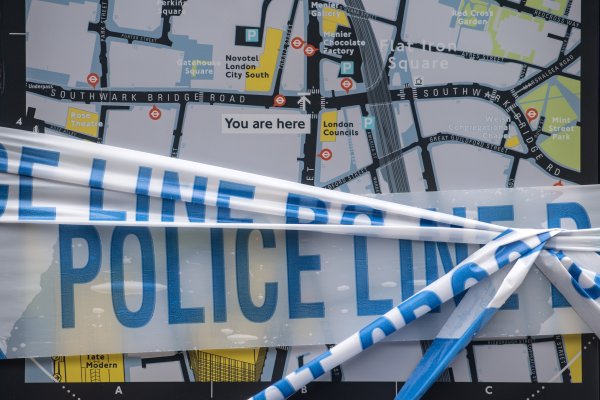