In case Brad Pitt ever gets tired of Hollywood, it looks like he could have a promising career as a weatherman. The War Machine actor made a strong case for a possible career change when he appeared on the Jim Jeffries Show to deliver a somber weather report following President Donald Trump’s decision to withdraw the U.S. from the Paris Agreement on climate change.

Jefferies announced that the show’s own weatherman would be appearing on the show to “help us understand climate change and what it means for the world” before Pitt materialized to give the weather report.

“Things are going to be getting warmer in this area here,” he said. “And this area here,” gesturing to basically the entire map before answering Jefferies’ closing question with a kicker of a send-off.

“Do you have any future forecast for us?” Jefferies asked with trepidation. “There is no future,” Pitt rejoined.

This isn’t the first time that Pitt has taken to the public to talk about environmental issues; after Hurricane Katrina, he started the Make It Right Foundation, which builds environmentally sustainable homes in places like New Orlean’s lower Ninth Ward. 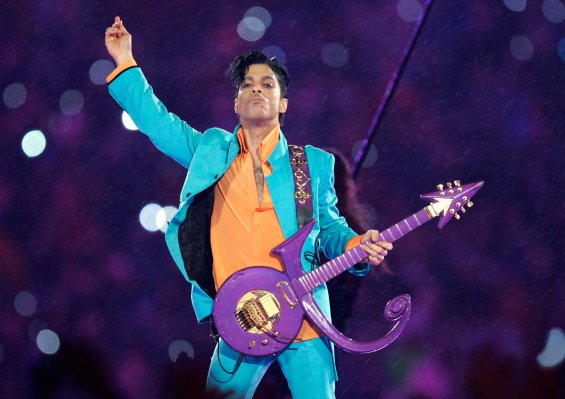 Celebrate Prince's Birthday With This Euphoric Video Mashup
Next Up: Editor's Pick