Eric Trump spoke out against the probe into his father’s presidential campaign in a TV appearance on Tuesday night, saying that Democrats who support the investigation are “not even people.”

“I’ve never seen hatred like this, and to me they’re not even people,” he said in an interview with Fox News’ Sean Hannity. “You see the Democratic Party — they’re imploding. They’re imploding. They have no message. You see the head of the DNC who is a total whack job. There’s no leadership there. And so what do they do? They become obstructionists because they have no message of their own.”

On Wednesday morning, Democratic National Committee chairman Tom Perez tweeted in response, “Eric, Democrats are people. So are Muslims, immigrants, women, people with pre-existing conditions, and everyone else Trump is hurting.” 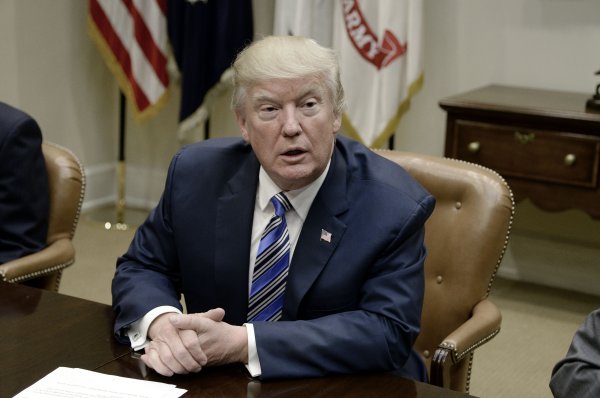 Voters to Trump: Get Off Twitter
Next Up: Editor's Pick