President Trump: The Media Wants Me to Stop Tweeting, But I Won't

“The FAKE MSM is working so hard trying to get me not to use Social Media. They hate that I can get the honest and unfiltered message out,” Trump tweeted.

Trump also said if he “relied on” major cable news networks and other major print outlets, he thinks he wouldn’t be president.

While it is unclear promoted the early-morning tweets, they come as Trump continues to use his private Twitter account to announce major policy decisions as well as share his thoughts on the news of the day.

In the hours after the London terror attack, Trump criticized London Mayor Sadiq Khan’s response to the most recent strike on the United Kingdom. On Monday, Trump shared a series of tweets addressing his “travel ban,” in which he criticized the Justice Department for “watering down” the original version of his executive order — sparking speculation of the implications his tweets could have on upcoming legal hurdles.

Trump’s use of Twitter also came under fire last week when the President, without context or follow-up for hours, tweeted, “Despite the negative press covfefe” at midnight, only to delete it several hours later. He followed that tweet with a challenge to his followers.

Trump surrogates have defended Trump’s Twitter use, saying it allows him to maintain a close connection with the American people.

However, on Monday, White House adviser Kellyanne Conway told the Today show that Twitter is not Trump’s preferred method of communication, saying the media is obsessed “with covering everything he says on Twitter and very little of what he does as president.” 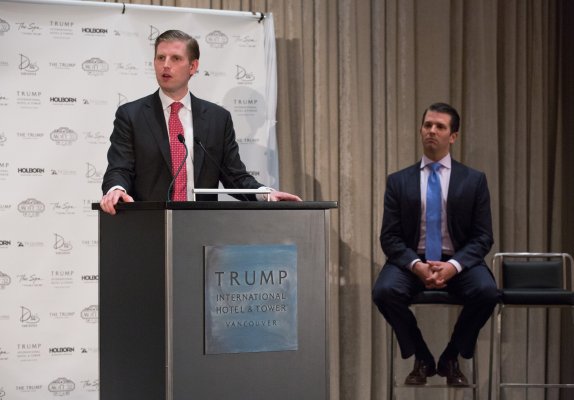 Trump's Sons Call Russia Probe the 'Greatest Hoax of All Time'
Next Up: Editor's Pick