An Israeli soldier prays at the Western Wall with a national flag on June 5, 2016 in Jerusalem's old city, as Israelis celebrate Jerusalem Day.
MENAHEM KAHANA—AFP/Getty Images
Ideas
By Yedidia Stern
Stern is Vice President of Research at the Israel Democracy Institute.

The Six-Day War did more than triple the size of the State of Israel. The lightning 1967 victory over Egyptian, Jordanian and Syrian forces also transformed a tiny and until then mild-mannered section of Israeli society known as the National Religious from the fringes of Israeli society to its center. Now, it plays a most active role.

The National Religious might appear to occupy middle ground in Jewish society, between the largely secular majority who observe Jewish traditions loosely and the black-clad “ultra-orthodox” who live in an idealized past. The National Religious are simply Orthodox. They observe religious laws in the modern context and, for the first two decades of Israel’s nationhood, seldom ventured into politics. In fact, the only cabinet minister who opposed Israel’s preemptive strike in 1967 was the leader of the National Religious Party.

Such a position is unthinkable today: The doves have become hawks. National Religious leaders espouse hardline policies on national security and devote themselves to building and reinforcing the settlement enterprise in the West Bank, which is considered to be occupied Palestinian land from the international perspective. When the secular Right, led by Benjamin Netanyahu, looks right, it sees the National Religious.

Though National Religious Jews account for only 10% of the population, they now play an outsized role in the country’s major power centers. In the military, those who once rarely rose above the ranks of kosher food supervisors now command elite combat brigades. Indeed, the new prevalence of religious commanders has caused some observers to fear that the character of the Israel Defense Forces (IDF) will change by a “takeover” of a National-Religious agenda.

There was once a single “religious seat” reserved on the Supreme Court. Today, four of fifteen justices are National Religious. So are the attorney general, commander of the national police force and head of Mossad (Israel’s spy agency), as well as the director general of the Prime Minister’s Office and the ambassador to Washington.

What explains this dramatic rise to power? In a word: ideology.

For most members of the National Religious sector, the Zionist endeavor is not only a national project but also a religious one. For them, the rebirth of modern Israel is an act of God, performed by men.

National Religious, identifiable by their colored knit kippas, pray fervently for the peace and security of the state, “the first manifestation of our coming redemption.” For them, the seemingly miraculous victory of June 1967 — the total destruction of the Egyptian air force in only three hours — provided proof that ours is the “generation of redemption.”

Conquering Hebron, Bethlehem and Jericho in 1967 returned Jews to the site of their biblical birth as a nation. Liberating the Temple Mount, the “holy of holies,” cast the war in vibrant biblical tones and elevated a military victory to a legend. After 70 generations, God had fulfilled His promise, deploying the IDF as His instrument for the addition of a divine postscript to the Bible. The redemptive dimension of Judaism, latent for so many years, burst forth into the public sphere and charged the National Religious with immense religious energy. Much of it was channeled into settling in the territories and thus laying permanent claim to Judea and Samaria. The National Religious built the first of what today number 200 settlements populating the hilltops that extend deep into the West Bank.

But while the settlers now hold much of the biblical Land of Israel, they have not captured the hearts of Israelis. Most are unwilling to hold territories for religious reasons and express willingness to give up much of the West Bank if the Palestinians presented a trustworthy leadership willing to sign a permanent peace accord. The message of redemption that spawned the settlement enterprise may not be strong enough to guarantee its future.

National Religious elites are now taking a sober look at the false promises of the rabbis who promulgate messianic fervor. Many are falling in line behind religious politicians like Naftali Bennett, who argues for annexing most of the West Bank for reasons of security and nationalism.

Will this loss of religious energy weaken the National Religious sector? Or will it remove an albatross from its neck, allowing the public at large to accept one of its future leaders as fit to occupy the highest office in the land?

Only time will tell. 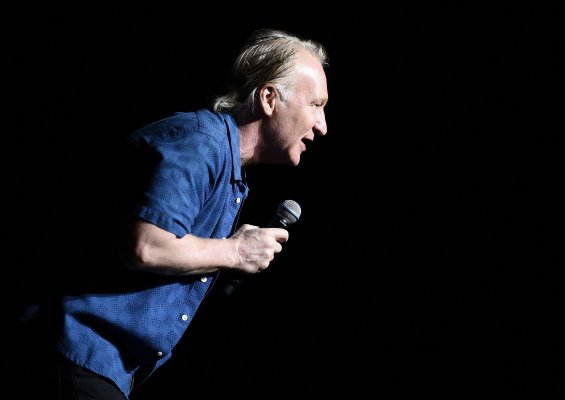 Bill Maher Doesn’t Know the Hurt Behind the Racial Slur He Used. I Do.
Next Up: Editor's Pick