Apple CEO Tim Cook has long been enamored with augmented reality. Called AR for short, the emerging technology overlays virtual elements on the real world. It’s potentially useful for everything from medicine to gaming.

“It’s a big idea like the smartphone,” Cook told The Independent last February. “I get excited because of the things that can be done that can improve a lot of lives.”

During a demonstration of ARKit, Apple executive Craig Federighi virtually placed and manipulated digital objects like a lamp and coffee cup on the real-world table in front of him using an iPhone. Another demo showed a sci-fi movie-like experience, with alien ships raiding an outpost. The demos may have appeared crude, but Apple is hoping that developers will take ARKit and create more useful or awe-inspiring experiences.

With ARKit, Apple joins the ranks of rivals like Microsoft, Facebook, and Google, all of which have also been pushing into augmented reality. Microsoft’s HoloLens headset adds digital graphics to a user’s real-world surroundings. Facebook sees AR as a potentially huge new communications platform. And Google has been experimenting in AR with products like Google Glass and its Tango platform for smartphones, which uses depth sensing to map environments.

Despite all this excitement amongst the Silicon Valley crowd, AR is still unfamiliar to many people. But you’ve probably experienced it by way of Snapchat, which uses AR to modify selfies with silly masks and effects, or Pokémon Go, which uses AR to show digital creatures in the real world.

But it’s not just fun and games. The companies investing in AR believe it could fundamentally change how we interact with computers. “Augmented reality is the next stage,” says Tuong Nguyen, a principal research analyst at Gartner. “It’s not going to replace what’s around, [but] AR is the next user interface step.” AR could help us harness massive computing power away from our laptops or phones, potentially unleashing a trove of possibilities. Medical device company Scopis, for instance, is experimenting with the HoloLens headset as a means of improving surgeons’ accuracy. NASA, meanwhile, is using the headset aboard the International Space Station to help astronauts conduct experiments. And employees at agricultural equipment manufacturer AGCO have been using Google Glass to assist in assembling components like tractor engines.

As ambitious as these projects may be, their impacts are limited to those working in specialized fields, and could take years to become widely adopted. Most people will have their first interaction with AR through their smartphone, not a special headset. For instance, rather than turning to YouTube for an instructional video on how to assemble a piece of furniture or change a printer cartridge, you might just point your phone at an object to pull up a user manual. “If you think of it in the very long run, I think we’ll come to see it as natural that we just point our gadget to something and are able to extract a lot of insight,” says Frank Gillett, a vice president and principal analyst at research firm Forrester.

Read more: The iPhone’s Best New Feature Does Nothing at All

Apple may be late to the AR battleground. But it’s rarely the first one to a fight, and its presence suggests that this is a full-scale war, not a mere skirmish. The iPhone company has at least one big advantage over its rivals, too: Complete control over its hardware and software. “Because this stuff is really computationally intensive and deeply integrated, it’s probably going to work best for companies that control the operating system as well,” says Gillett.

It may be a while before people start pointing their phone at a table to pull up a virtual game board. But Apple’s involvement in this still-emerging technology can help push the whole industry forward. Just look at what the iPod did for MP3 players, or what the iPad did for tablets. “For [Apple], it’s not so much about tech leadership,” says Nguyen. “It’s telling people when the technology is ready and how to use it.” 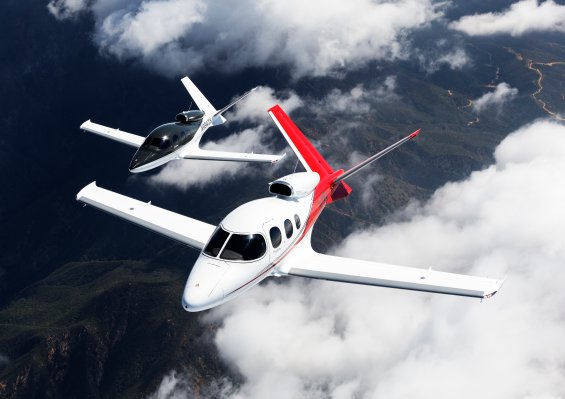 What It's Like to Fly the World's Cheapest Personal Jet
Next Up: Editor's Pick