President Trump Just Held a Signing. He Had Nothing to Sign

After announcing his goal to privatize the nation’s Air Traffic Control System, President Donald Trump sat down at a desk on Monday and signed two documents. There was only one problem: He wasn’t actually signing something that would have any tangible impact on what he had just proposed.

A White House aide told reporters Trump had signed a “a decision memo and letter transmitting legislative principles to Congress,” surrounding the privatization of the Air Traffic Control system, which he had just spent the last few minutes advocating for. But in order for his goal to come to fruition, Congress would need to pass legislation implementing it. Before Trump gave remarks Monday, White House officials had told reporters that the President is only dictating his legislative goals of separating air traffic controls from the FAA. Congress is not required to follow through on these goals.

Trump’s proposal was actually based on legislation introduced by Pennsylvania Republican Rep. Bill Shuster, the Chairman of the House Transportation and Infrastructure Committee. The bill never made it to the House floor for a vote and reportedly faced bipartisan opposition in the Senate. 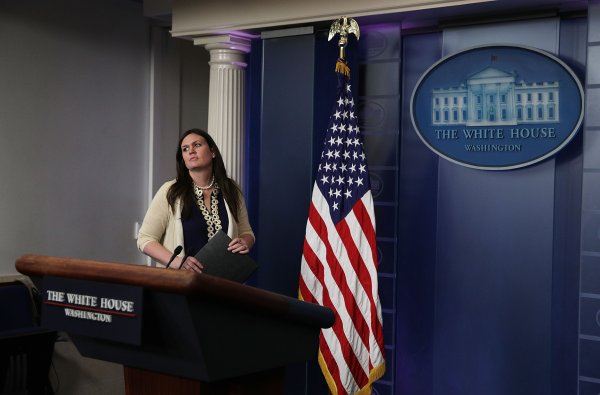