'Kill Them All.' A Congressman Has Declared War on 'Islamic Horror'

Louisiana Republican Rep. Clay Higgins responded to this weekend’s terrorist attack in London with a declaration that the “free world” is at war with “Islamic horror.”

“The free world… all of Christendom… is at war with Islamic horror,” Higgins said on his Facebook page. “Not one penny of American treasure should be granted to any nation who harbors these heathen animals. Not a single radicalized Islamic suspect should be granted any measure of quarter. Their intended entry to the American homeland should be summarily denied. Every conceivable measure should be engaged to hunt them down. Hunt them, identity them, and kill them. Kill them all. For the sake of all that is good and righteous. Kill them all.”

A spokesman for Higgins’ campaign, which runs the Facebook account, said he was referring specifically to terrorists in his post. “Rep. Higgins is referring to terrorists,” spokesman Chris Comeaux said in an email. “He’s advocating for hunting down and killing all of the terrorists. This is an idea all of America and Britain should be united behind.”

The congressman’s post went up on Facebook on Sunday following the attack in London, which killed seven and wounded dozens more after the suspected assailants weaponized a van and ran over pedestrians before exiting the vehicle to slash passersby with knives.

Higgins has been critical of “radical Islamic horror” before. He spoke out in support of President Donald Trump‘s travel ban in a floor speech in late January. “President Trump’s order is not a betrayal of American values,” he said at the time. “His actions inspire hope to the millions of Americans who have watched our nation decline over the past decade, watched helplessly as Radical Islamic HORROR has gripped the world and… unbelievably… been allowed into our own nation with wanton disregard.” 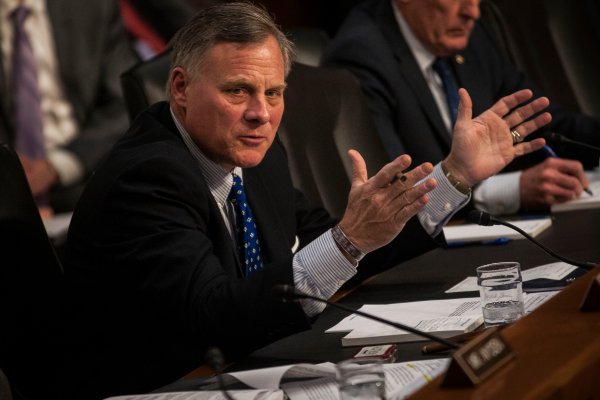