As President Donald Trump‘s tweets continue to jolt the world, a new parody account imagines what they’d look like in the format of official White House statements.

The transformation is a straightforward one: simply grab a direct quote from Trump’s account and print it out in the font and style of the White House’s press office. The account @RealPressSecBot started posting just that on Sunday night and had already gained 39,000 followers by Monday morning. By giving Trump’s tweets a more traditional look, this sendup will take the Twitter-scrolling American citizen to a reality where Trump-style social media statements are underneath the White House letterhead under the header “Statement by the President.”

It’s the brainchild of Russel Neiss, an educator and software engineer. Neiss’ inspiration came when Pat Cunnane, a former deputy director of messaging at the White House under President Barack Obama, tweeted Sunday that, “all of Trump’s Tweets should be mocked up in the correct Presidential statement format. It’s telling.”

“Functionally his tweets are presidential statements,” Neiss told TIME. “Formatting them as such gives them the gravity they deserve.”

“I like using twitter as a platform for advocacy and for helping to raise a level of discourse, not merely to mock,” he added of the new account’s mission.

Neil said he uses Twitter’s data tool called REST API to collect the tweets, and a code called Python to reformat them to churn out the images. He created the account quickly. “Pat Cunnane’s tweet inspired me and I had an hour to kill while my kids napped and I was avoiding doing dishes.”

This isn’t the first Twitter robot to take on the President. There’s a bot that automatically prints his 145-character missives and burns each one. Satirizing Trump has inevitably taken the form of Twitter parody accounts, so the Internet is racing to come up with ways to remix Trump’s tweets.

See the tweets below. 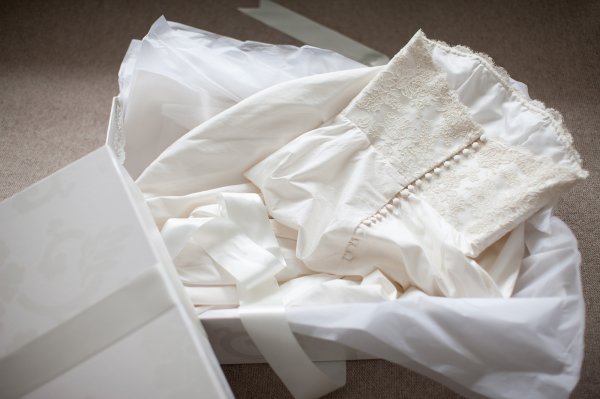 Woman Sets Her Wedding Dress On Fire to Burn the Memory of a Relationship Gone Wrong
Next Up: Editor's Pick