Companies have been distancing themselves from Kathy Griffin after her controversial photo of fake severed and bloody of head resembling President Donald Trump.

Griffin already had her contract with CNN to appear on their New Year’s Eve program terminated. She was also dropped as a spokesperson for footstool company Squatty Potty.

The LA Times is now reporting that five stops on her Celebrity Run-Ins tour have also been removed from the lineup. Venues in new Mexico, Nevada, California, New Jersey and New York have all canceled.

The New Jersey venue The State Theatre said it canceled her November show “after careful consideration of recent events and for the safety of our patrons.”

Griffin said that her career has been ruined.

“I don’t think I will have a career after this. I’m going to be honest. He broke me. And this isn’t right. I apologized because that was the right thing to do, and I meant it,” she said. 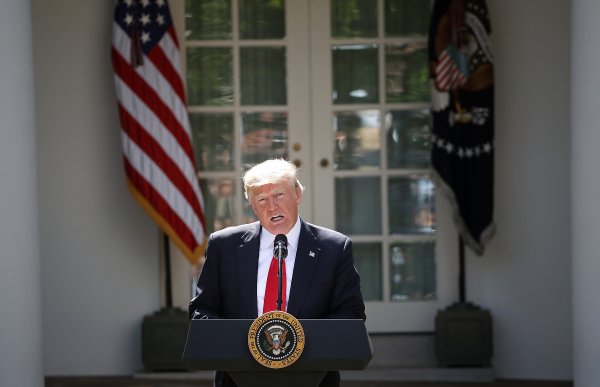 President Trump's Campaign Announces a 'Pittsburgh, Not Paris' Rally in D.C.
Next Up: Editor's Pick