Ariana Grande is holding a charity concert to benefit the victims of the terror attack at her Manchester show — refusing to cancel the show despite another attack in London just hours before.

“After the events last night in London, and those in Manchester just two weeks ago, we feel a sense of responsibility to honor those lost, injured and affected,” Grande’s manager Scooter Braun said in a statement on Twitter Sunday. “We plan to honor them with courage, bravery, and defiance in the face of fear. Today’s One Love manchester benefit concert will not only continue, but will do so with greater purpose.”

He continued, “We must not be afraid, and in tribute to all those affected here and around the world, we will bring our voices together and sing loudly. I am pleased to say we have the full support of Greater Manchester police and the government and are assured the safety of all those attending is the highest priority.”

The “One Love Manchester” show will be held at the city’s Emirates Old Trafford Cricket Ground on June 4, and it includes a star-studded lineup. Justin Bieber, Katy Perry, Miley Cyrus, Pharrell Williams, Usher and Coldplay are among the performers on the list.

Proceeds from the concert will go to an emergency fund established by the city of Manchester and the Red Cross in the wake of the suicide bombing that killed 22 people and injured more than 100 following Grande’s show at Manchester Arena in May.

Watch the pre-show live above. The star-studded show begins Sunday at 2 p.m. E.T. 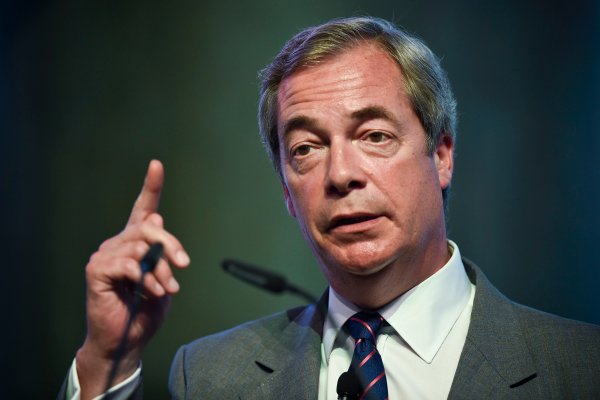 Farage a Target of FBI Probe? 'Fake News,' He Says
Next Up: Editor's Pick