6 Fantasy Series That Could Become the Next Game of Thrones

By Sarah Begley and Annabel Gutterman

On April 14, readers of George R.R. Martin’s A Song of Ice and Fire will see the premiere of the final season of its TV adaptation, Game of Thrones, before he publishes the next volume in the book series. But for those eager to get the jump on the next big fantasy adaptations, there are plenty of series to choose from that should hit the big and small screens in the coming years. Here are half a dozen fantasy series to start now, before they become TV and movie sensations.

Polish author Andrzej Sapkowski will see his eight novels and story collections adapted for Netflix sometime this year. The stories, about hunters who use supernatural skills to track and defeat monsters, have already been adapted as highly successful video games. Henry Cavill will star in the television adaptation as monster hunter Geralt of Rivia.

Hulu is developing an adaptation of Sarah J. Maas’s six-novel YA series about an assassin seeking her freedom and battling a series of enemies in a treacherous kingdom. Like Game of Thrones, the TV adaptation will go by the name of one of the books from the series: Queen of Shadows.

Glen Cook’s series is about an elite team of mercenaries caught up in a power battle in a fantastic landscape. In April 2017, Deadline reported that the ruler of the Northern Empire, The Lady, will be played by Eliza Dushku (whose production company is also involved).

The Patrick Rothfuss trilogy (two books are out so far) about a notorious wizard and musician will get movie and TV adaptations from Lionsgate, with Lin-Manuel Miranda attached as a producer and music master.

Man Booker Prize-winning author Marlon James’ new bestseller Black Leopard, Red Wolf — described as “an African Game of Thrones” — was one of the most anticipated books of 2019. The novel, which is the first in the Dark Star Trilogy, is about a mercenary’s quest to find a missing boy. The mercenary navigates dangerous situations in ancient cities, often running into mythical creatures. Michael B. Jordan’s production company has acquired the rights to adapt the fantasy into a film, along with Warner Brothers. Marlon James will serve as an executive producer on the movie.

Zélie Adebola is on a journey to bring back magic to the nation of Orïsha in Tomi Adeyemi’s debut young adult novel Children of Blood and Bone. The story intensifies as Zélie teams up with a princess to try to take down the monarchy. Fox 2000 is set to adapt the book into a movie with Dope’s Rick Famuyiwa directing and Mary Poppins Returns’ David Magee writing the script. The next installment of the Legacy of Orisha series, Children of Virtue and Vengeance, is set to hit bookstores in December 2019. 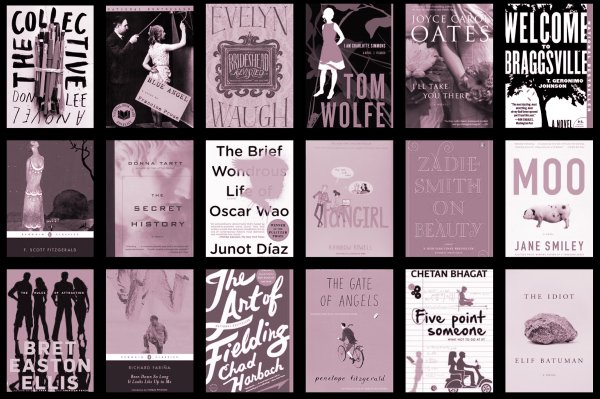 18 Books to Read Before College (Or Long After)
Next Up: Editor's Pick