Switzer, who built a career on challenging gender stereotypes in sports, said she is now focused on tackling “the frontier of aging.” She will participate this week in the National Senior Games presented by Humana, a competitive sporting event for men and women over the age of 50 where she plans to run the 10K road race.

“The biggest tip is to realize you’re never too old, big, slow, unattractive — anything else — to be an athlete because the body always wants to be an athlete, and it will respond to any amount of work in a positive way,” Switzer told TIME.

Her return to the Boston Marathon in April marked 50 years since a marathon official attempted to push her off the course after discovering she was a woman. The mood this year couldn’t have been more different.

“It was superb to be so welcomed,” she said. “Boston in ‘67 was a little grim, but that’s also because it was very, very cold and nasty. I was so determined to finish in ‘67. This time, it was like the crowd just pulled me along.”

Switzer said she trained carefully in the months leading up to the marathon this year.

Her diet prioritizes protein and a variety of fresh fruits and vegetables. And she now runs for about an hour every other day — far less than her twice-a-day runs at the height of her athletic career. She was ranked the third fastest American woman and sixth fastest woman in the world after her best Boston Marathon time in 1975.

“It kills me,” she said of forcing herself to stop running so frequently. But a trainer recommended she spend more time balancing the stress of running with a day of recovery.

“Once I swallowed that pill, I found I really enjoyed my running more, really looked forward to it, really was anxious to get out the door,” Switzer said. “I think that’s a very good system for an older person.”

On her off days, she stretches and focuses on exercises that strengthen her core.

“Push-ups and sit-ups are old-fashioned now,” she said. “I learned how to do all kinds of planks and wall squats and everything else.”

Her advice to others is to make fitness a priority, stay accountable by committing to exercise with a friend and start with something small, like a local 5K race.

“I think a marathon is a pretty extreme thing to ask people to do. It’s exceptional, it’s hard, it’s long and it requires a lot of training, and I would not necessarily recommend that for anybody. The fact that I’ve been able to do it is a blessing,” she said. “I’ve had a life of good health and I’ve had a life of fitness, but I’ve also been lucky. I haven’t had bad knees, I haven’t injured myself seriously.”

In November, she plans to take on another 26.2-mile run in the New York City Marathon, which she won in 1974.

“The other thing at 70 that I’m beginning to realize: you don’t quite know how long it’s going to last,” she added. “If you’ve done the training and fitness you might as well get the maximum fun and benefit out of it.” 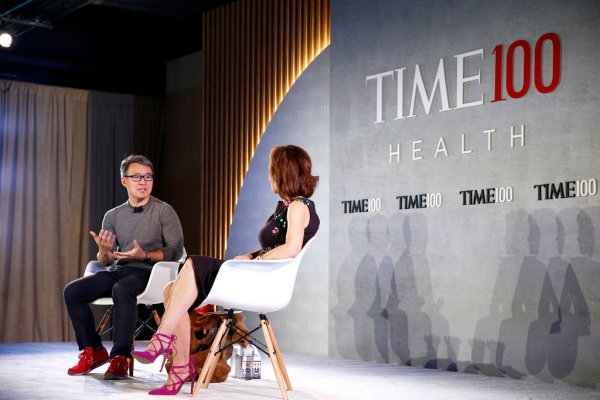 'We're Not As Healthy As We Should Be.' Fitbit CEO James Park Discusses New AFib Detection Partnership With Bristol-Myers Squibb-Pfizer
Next Up: Editor's Pick