Even the Weather Channel — a national mainstay, an independent entity accustomed to doling out news of the highs and lows of extreme temperatures, wild storms, and apocalyptic forest fires with even-keeled stoicism — is taking a stance against President Donald Trump’s decision to withdraw the U.S. from the Paris Climate Agreement.

In response to Thursday’s news, the Weather Channel’s website became a veritable trove of articles cautioning about the aftermath of Trump’s choice. Its homepage transformed into a series of headlines calling out the gravity (and reality) of climate change. “So, what happens to Earth now?” read one. “Still don’t care? Proof you should,” read another. They posted stories about collapsing ice shelves, California’s disappearing coastline, and the greening of Antarctica to hammer their point home. And the internet took note of this unapologetic shift in editorial tone.

As of Friday afternoon, their website was still prominently featuring stories about disappearing ice, fact-checks of Trump’s claims regarding climate, and photo galleries of the changing environment. Looks like the meteorologists are not messing around. 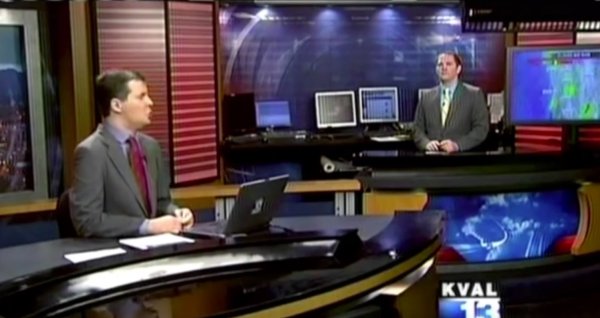 All of These Newscasters Just Cannot Believe It's June
Next Up: Editor's Pick