The Golden State Warriors beat the Cleveland Cavaliers in the first game of the NBA Finals, but the real winner of the night was none other than noted basketball enthusiast, Rihanna.

The bad gal held court on the sidelines, where she effectively upstaged one of the biggest rivalries in the league, wreacked havoc on the hearts of sports commentators and heckled fans and players alike as only she could.

Fans should have known that this game would belong to Rihanna when the Anti singer caught the attention of ESPN commentator and former coach Jeff Van Gundy at the same time that LeBron James was making a magnificent dunk. While Van Gundy’s fellow analysts were talking about the play, all he could do was marvel that Rihanna had just walked by him.

But the fun didn’t stop there. Rihanna, a longtime super fan of James, got into the spirit of the game by bowing to King James and then pettily dabbing on a Dubs fan.

It appears she took her investment in the competition between the Cavs and the Warriors very seriously by taunting the Warriors’ Kevin Durant while he was making free throws. It looks like KD didn’t really appreciate it.

Even though her favorite King James didn’t take home a win that night, one thing is certain: Rihanna is the real MVP. 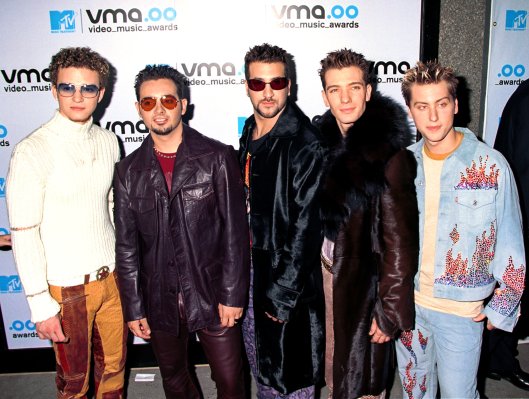 Joey Fatone Is Not Letting the NSYNC-Backstreet Rivalry Die
Next Up: Editor's Pick