Then Republican presidential candidate Donald Trump wears a coal miner's protective hat while addressing his supporters during a rally at the Charleston Civic Center on May 5, 2016 in Charleston, WV.
Ricky Carioti—The Washington Post/Getty Images
Ideas
By Nate Hopper
Hopper is a former Ideas Editor for TIME.

Twenty-seven years after giving an interview to Playboy magazine, President Donald Trump withdrew the country from the Paris Accords, a multinational vow to slow climate change. In his speech announcing the United States will depart from the worldwide agreement (joining Syria and Nicaragua), Trump said that the deal was “unfair at the highest level to the United States” — in large part, he said, because of its effect on American workers, especially coal miners. While listing the potential cuts to productivity that individual sectors that American industry might see, coal was the only one to receive special praise from the President: “I happen to love the coal miners,” he said, before continuing on.

Trump has previously signed an executive order unwinding other environmental regulations, with coal miners beside him. And coal mining counties across the country widely supported Trump as a candidate. But “love” differs strongly from the opinion Trump gave of the same workers in the 1990 interview (which Japanese and German world leaders have reportedly shared with their staffs before meetings with the President). In a response to a question about what he enjoys about his profession, Trump brought up coal miners:

The interviewer then asked what “it” is, and Trump described it as “an ability to become an entrepreneur, a great athlete, a great writer. You’re either born with it or you’re not. Ability can be honed, perfected or neglected.” 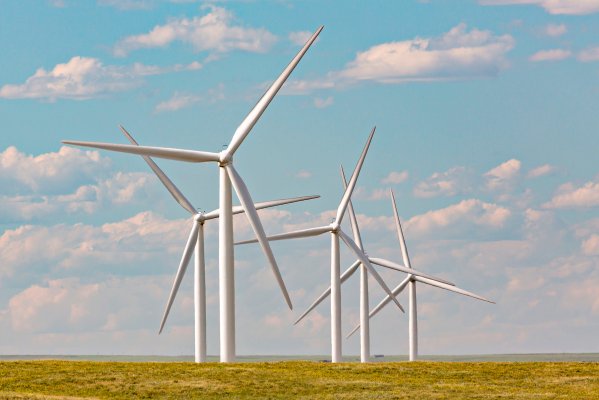 Wind Power Catches a Mountain Breeze
Next Up: Editor's Pick