It’s not going to be a very happy new year for Kathy Griffin.

“CNN has terminated our agreement with Kathy Griffin to appear on our New Year’s Eve program,” a tweet from the network’s communications department reads.

A CNN spokesperson in an email confirmed to TIME that the decision is permanent.

The comedian became embroiled in controversy Tuesday after celebrity photographer Tyler Shields posted images of the pair’s photoshoot that drew immediate contempt from critics on both sides of the political spectrum.

Griffin issued an apology in a video message later that evening.

“I sincerely apologize,” she said. “I went way too far.”

Trump responded early Wednesday morning with a tweet deriding the entertainer, writing, “Kathy Griffin should be ashamed of herself. My children, especially my 11 year old son, Barron, are having a hard time with this. Sick!” 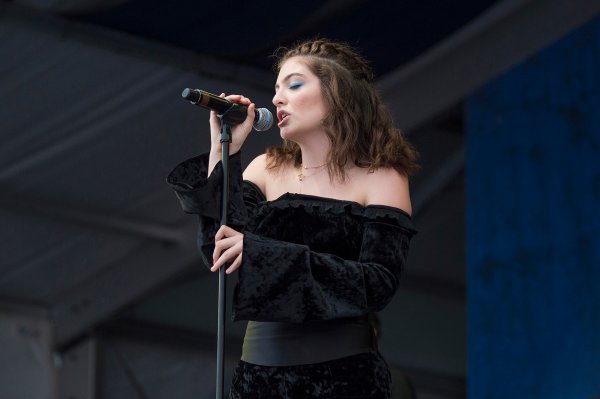 Lorde Made Her Smoothie Cashier's Dreams Come True By Inviting Her to Governors Ball
Next Up: Editor's Pick