Thousands of spectators travelled to Arromanches to watch the Airshow and the Rescue demonstration, on the 72th Anniversary of D-Day in Arromanches, France on June 6, 2016.
Artur Widak—Sipa USA/AP
By Sean Gregory

Training for a marathon seems so passé. Why run 26 miles through a concrete jungle when you can storm the beaches of Normandy?

To mark the 73rd anniversary of D-Day, around 125 people — some ex-military officers, most just office-bound weekend warriors — will descend on northern France June 2-4 to do just that in an endurance event sponsored by GoRuck, a nine-year-old U.S. company that sells both rucksacks and the chance to do hundreds of push-ups and haul tree trunks while carrying 20-30 pounds on your back under the direction of current, and former, special ops officers.

For fitness buffs with a flair for history, the event offers something beyond the outdoor obstacle races such as Tough Mudder that have become popular in recent years. The weekend is part special ops training, part battle reenactment, and part history lesson. Between exercises, the military leaders take time to describe military tactics and detail how events unfolded, and visit buildings and churches in Normandy still pockmarked by bullets.

At last year’s GoRuck D-Day event Stephanie McGrew, a personal trainer from Kirksville, Mo., ran through the chest-high waters of the English Channel, and army-crawled down Omaha beach, just like the Allied troops on that fateful day. The military cadre leading the drills threw sand and splashed water at her, to best mimic the chaos that greeted the D-Day heroes. “As an American citizen, you hear so much about Normandy,” says McGrew. “This really brings it to life.”

GoRuck, founded by Iraq veteran and former Green Beret Jason McCarthy in 2008, will stage more than 900 endurance events this year, nearly three times as many as it held five years ago. Company revenues have spiked, from $4.2 million in 2012 to $13.3 million last year. For the D-Day event, registration for the 24-hour “heavy” challenges is $225, twhile he 6-hour “light” events go for up to $105. Just like CrossFit and obstacle race brands like Tough Mudder and Spartan Race, GoRuck is cashing in on the demand for extreme exercise. Cooped-up cubicle dwellers are itching for a unique experience, and are more than happy to boast about their accomplishments on social media. Want to win Instagram on D-Day? Post that sand-covered selfie from Normandy.

Mickey Banks, an ex-reconnaissance marine who served in Iraq, will take this year’s GoRuck group on a 33.5 mile path from Sword Beach, where British forces landed, to Pointe du Hoc, the site of a monument honoring the Rangers who scaled 100-foot cliffs to lead the assault on the Nazi forces. “I doubt people will be complaining about minor inconveniences after the weekend,” says Banks. “Because they’re know it could always be worse.”

When crawling on Omaha beach last year, McGrew says she pictured what the Allied forces faced that day. “There’s this sense of pride, and terror, just thinking about the bullets and bombs coming at you,” she says. “Coming face to face with what those soldiers went through, the sacrifice they made, is really humbling. And surreal.” 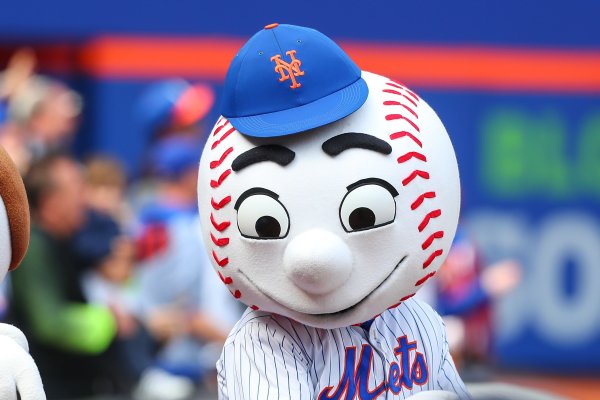