It feels as if we’ve been waiting for Game of Thrones’ seventh season for approximately as long as the characters have waited for winter to come. But HBO finally dropped an official trailer on Wednesday, teasing a “Great War” that may just finally maneuver all our main characters into the same place.

Season seven will be a mere eight episodes, and season eight just seven episodes. That means that the writers will speed plotlines along and resolve the mess that is Westeros. The new footage suggests that Cersei Lannister and Daenerys Targaryen will clash while Jon Snow contends with the threat of White Walkers in the North. It also drops a number of hints about the fates of characters like Jaime, Jorah and Arya. To decipher it all, we did a second-by-second breakdown of the trailer. You’re welcome.

0:05 Cersei is walking somewhere in King’s Landing, looking evil as she does. She notes that they are surrounded by enemies. I wonder what she could have done to make everyone so mad at her?

0:15 Enemies to the South: A sword being sharpened, presumably in Dorne, though why would they ever want to leave that balmy climate?

0:18 Enemies to the North: Arya riding on a horse. Don’t forget: Arya called dibs on killing Cersei way back in season one.

0:21 Cersei and Jaime plot their next move on a dope but totally impractical map.

0:25 Jaime standing by Cersei’s side. That’s a bit surprising considering that Cersei drove their last remaining child to commit suicide, but I guess the heart wants what it wants. “We’re the last Lannisters,” she tells him.

0:29 Except they’re not. Flash to Tyrion watching one of Daenerys’ dragons take flight. An amendment from Cersei: “The last ones who count.”

0:35 Daenerys arrives at what appears to be Dragonstone, which you’ve probably forgotten about by now. It’s a castle in Blackwater Bay, the original seat for House Targaryen and Dany’s ancestral home. But the Targaryen clan hasn’t visited their old castle in a minute. After Robert overthrew the Mad King, he gave Dragonstone to his brother Stannis. It’s where Stannis planned the Battle of Blackwater and where he retreated after he lost, which doesn’t bode well strategically for Dany. Nonetheless, she declares: “I was born to rule the Seven Kingdoms, and I will.”

0:47 Daenerys sitting on her throne at Dragonstone, which is almost as badass as the Iron Throne, but not quite.

0:48 I can definitely tell you this is a shot of soldiers fighting. I’m going to hazard a guess that these are Dany’s soldiers taking Casterly Rock because of the Lannister sigil on the archway, but please don’t tweet angrily at me if that’s actually King’s Landing.

0:51 A bunch of people yell, “The king in the North!” around Jon Snow — probably in Winterfell. Sansa and Brienne are also there.

0:53 What’s going on with Sansa? Can she really be manipulated that easily by Littlefinger? “Your fathers and brothers are gone, yet here you stand, last, best hope against the coming storm,” Littlefinger practically hisses, sowing the seeds for a sibling standoff. (Sansa may believe Jon’s status as an illegitimate son doesn’t make him fit to rule Winterfell.) Littlefinger either wants to marry Sansa (ew) and become King of Winterfell or he’s still loyal to Cersei and trying to undermine the Starks. It’s time for Sansa to give Littlefinger the boot.

0:55 At this point, everything starts looking a little more mysterious and becomes harder to analyze. Maybe that snowy gate is at the Wall?

0:57 Theon looks scared, but can you blame him? Dude’s been through some stuff.

0:58 Melisandre looking over a wall — maybe at Dragonstone? When we last saw her she had been banished by Jon. (Honestly, Jon should have killed her because she burned a child alive.) Melisandre seems to believe that Jon is the “chosen one,” but perhaps she’ll settle for Dany. After all, the Lord of Light priestesses like fire, and they love Dany because she’s a dragon mama. And remember, Dany asked another red priestess to build support for her among the followers of the Lord of Light.

1:01 People in the North running from something. Strangely, this trailer has a lot of shots of people fleeing in the snow but no White Walkers. Still, I’m going to assume from now on that the White Walkers are always the unseen threat.

1:03 Arya camping in the North. Looks chilly. Is she headed home?

1:05 People in a circle in the snow about to be attacked by, yep, White Walkers. (There’s an Internet-fueled rumor that the group is at least in part made up by a “fellowship” of Jon, Gendry, Davos, Thoros, Tormund and Beric.)

1:08 Dothraki on horses fighting in Westeros. Glad to see they didn’t get too seasick on Dany’s ships.

1:11 One group of people burn and attack a ship. Could this be Euron’s doing? That guy loves killing people.

1:12 Davos may be the last rational man in Westeros. “If we don’t put aside our enmities and bound together we will die,” he says. “And then it doesn’t matter whose skeleton sits on the Iron Throne.”

1:15 The Mountain looking scary, as he does.

1:15 People running down steps in a cave. This looks like the Balrog scene of Fellowship of the Ring. (Sorry, I’m a nerd.)

1:18 What looks like King’s Landing soldiers and Daenerys’ soldiers clashing at a gate, maybe at Casterly Rock again.

1:20 Arya looking under something. Isn’t it nice to have the power of sight again?

1:20 A very creepy hand, maybe Jorah’s with progressed greyscale, reaching through a door.

1:21 Jon Snow and Tormund running away from — wait for it — White Walkers.

1:22 Missandei ripping open Grey Worm’s shirt. However, we know as an Unsullied Grey Worm has been conditioned physically and mentally to not engage sexually.

1:22 You know who can steam up the room? Yara and Ellaria. So many questions about this: How did they meet? Where? When? How do they have time for this right now when the Great War is going on? Is Ellaria going to kill Yara? Seducing to kill is kind of a thing with the Sand Snakes.

1:22 Someone knocking over a lion piece on the war map. Bye, bye Cersei.

1:24 Two people diving into the water to avoid fire. One of them maybe looks like she has long, blonde hair. Don’t you hate it when your children get temperamental and accidentally almost barbecue you?

1:27 One of Dany’s dragons flies over her army. Baby’s first battle!

If Dany gets stuck in Dragonstone the same way she did in Meereen, a lot of people are going to be really mad.

Why is Littlefinger aggravating someone who was literally resurrected? Don’t mess with the undead.

Bran is missing from this trailer.

Where is Gendry? I’m vexed by this question because technically he’s the most direct heir to Robert’s throne, and we haven’t seen him since he rowed away in the boat years ago.

Hey George R. R. Martin, don’t mean to bug you or anything, but when can we expect the next book?

No glimpse of Sam in the Citadel. I guess reading a bunch of books isn’t that cinematic. 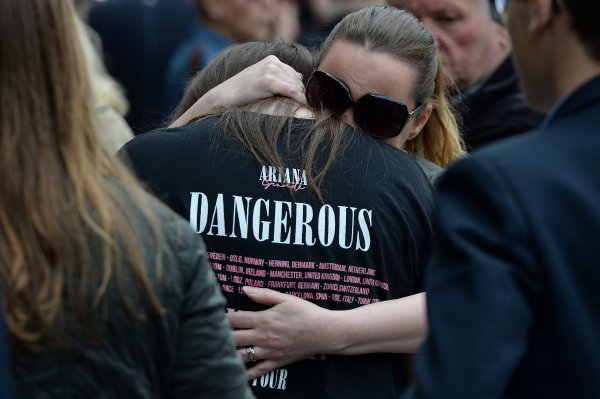