Prime Minister Theresa May Just Raised the U.K.'s Threat Level to Critical. What Does That Mean?

British Prime Minister Theresa May announced Tuesday evening that she was raising the threat level from international terrorism in the United Kingdom to critical following a suicide attack at an Ariana Grande concert in Manchester that left at least 22 people dead and 59 injured.

The last time the United Kingdom raised the threat level to critical was after a series of car bomb attempts in 2007.

“It is now concluded that on the basis of today’s investigations that the threat level should be increased for the time being from severe to critical,” said May. “This means that their [the Joint Terrorism Analysis Centre] assessment is not only an attack remains highly likely, but that a further attack may be imminent.”

Before May’s announcement, the threat level in the United Kingdom was “severe,” meaning the likelihood of an attack was “highly likely.”

The threat levels are established by the Joint Terrorism Analysis Centre, an independent organization established in 2003 that reviews intelligence on both domestic and international terrorism. According to the British government, the JTAC determines threat levels based on four components: available intelligence, terrorist capability, terrorist intentions, and timing.

The United Kingdom first publicized the national threat levels online in 2006, one year after a series of four coordinated bombings on the London public transportation system left 52 dead and over 700 injured. 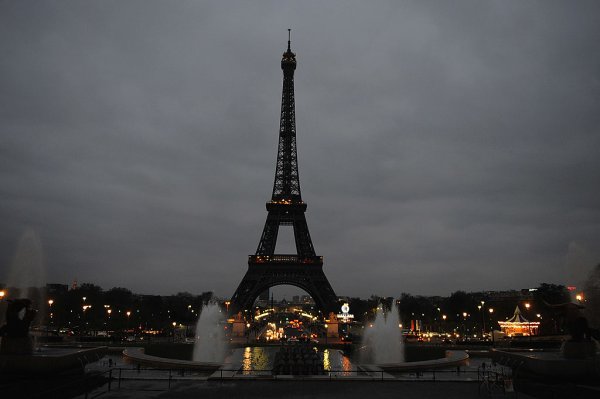 Eiffel Tower and Other Landmarks Will Go Dark to Honor Manchester Victims
Next Up: Editor's Pick