Why Preventing Terror Attacks Like Manchester Is So Difficult

The suicide bombing attack at Ariana Grande’s concert in Manchester on Monday renewed fears about how to keep “soft targets” like stadiums and airports safe — and exposed just how difficult it is to protect them from terrorism.

Security experts — who have time and time again responded with new measures as a result of specific but rare attacks around the world — say that protecting outside areas around concert or sports venues like the Manchester Arena poses many challenges. While there are security checkpoints upon entering a venue, those can create long lines that can be easily targeted. And while many venues have expansive security perimeters outside of the building, it’s difficult to determine where that boundary should begin.

“The challenge is to continue to integrate layers of security that will be effective against this kind of threat,” said Bennet Waters, a counterterrorism expert at the Chertoff Group who used to work at the Department of Homeland Security. “We can’t have all the security all the time.”

The Manchester terrorist attack, for which ISIS has claimed responsibility, unfolded Monday night when swells of concertgoers were leaving Grande’s performance, creating a “soft target” for the suspected suicide bomber, Salman Abedi. The explosion outside the arena killed at least 22 people, including young children, and injured dozens.

The devastating event echoed the 2015 attacks in Paris, where 130 people were killed in a series of coordinated incidents, including when gunmen fired into a packed Bataclan concert hall during a show. In the same wave of attacks, security personnel stopped a bomber from entering a Paris soccer stadium, and he then detonated explosives outside of the venue.

But the problem with these “soft target” attacks is that there’s no standard protocol in creating perimeters outside venues, which makes preventing events like Manchester all the more challenging, experts said. And how experts determine specific ways to thwart terror attacks like the truck rampage in Nice last year is different from how they approach incidents like the 2001 failed shoe bombing. The latter prompted the current policy in the U.S. requiring fliers to remove their shoes when going through airport security.

Pinpointing a specific security perimeter at sports stadiums and concert venues would be difficult, and could prompt other safety issues caused by long lines that can create a “target-rich environment,” said Steve Adelman, a venue safety expert who runs Adelman Law Group.

Some major cities in the U.S., including New York City and Los Angeles, are already announcing heightened security measures in response to the Manchester attack. A representative from the United Center in Chicago, where the NBA’s Chicago Bulls and NHL’s Chicago Blackhawks play, said it is working with security experts “to protect our guests, inside and outside of” the facilities.

And it is still unclear what kind of effect the Manchester attack will have on some of the largest U.S. concert venues like the Staples Center in Los Angeles and Barclays Center in Brooklyn, which did not immediately respond to requests for comment.

But experts do think the events in Manchester will have an impact on protocols and tactics moving forward.

“One of the tangible results of the unfortunate situation of something like this happening is that in general all of us have some kind of awareness of our own personal security,” said Russ Simmons, managing partner of Venue Solutions Group. “‘If you see something say something’ is not just a catchphrase.” 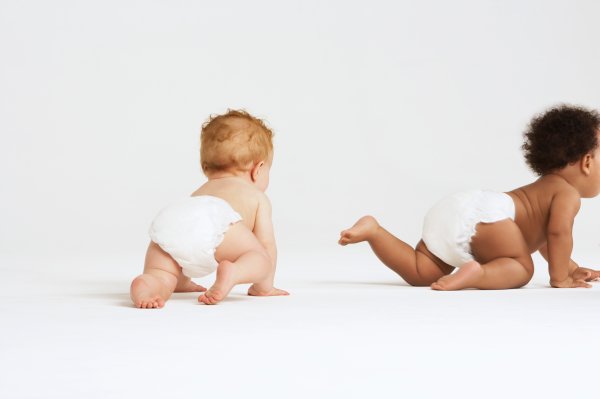 The Surprisingly Popular Baby Names in Every State
Next Up: Editor's Pick