Former CIA Director John Brennan says he had “unresolved questions” about whether members of the Trump campaign who had contact with Russians were working “on their behalf, either wittingly or unwittingly.”

Testifying before the House Intelligence Committee Tuesday morning, Brennan said he knew of intelligence that revealed contacts between members of the Trump campaign and Russian officials. “I was concerned about [that intelligence] because of known Russian efforts to suborn such individuals, and it raised questions in my mind whether or not the Russians were able to gain the cooperation of those individuals,” Brennan said.

When he stepped down as CIA director on Jan. 20, Brennan said he still “had unresolved questions in my mind about whether or not the Russians had been successful in getting U.S. persons, involved in the campaign or not, to work on their behalf, again, either in a witting or unwitting fashion.”

“Frequently, individuals who go along a treasonous path do not even realize they’re along that path until it gets to be a bit too late,” Brennan said of how Russia typically recruits people in the U.S. to work on its behalf. Brennan said he doesn’t know if there was collusion with the Trump campaign, but that he felt the FBI investigation into the matter was “certainly well-founded.”

Brennan and Director of National Intelligence Dan Coats both appeared at hearings on Capitol Hill Tuesday, one day after the Washington Post reported that President Trump had privately asked Coats and National Security Agency director Mike Rogers to push back against the FBI’s investigation into his campaign’s contacts with Russia.

Brennan said he was “unaware” of any efforts by Trump to sway the intelligence community on this matter. Coats, testifying before the Senate Armed Services committee, wouldn’t comment on the Washington Post report specifically.

“I don’t feel it’s appropriate for me to characterize discussions and conversations with the President,” he said. But he elaborated, “Any political shaping of that presentation or intelligence would not be appropriate. I have made my position clear on that to this administration and I intend to maintain that position.”

Former FBI Director James Comey, who was also reportedly asked by Trump to back off an investigation related to Russian contacts with members of his campaign, was due to testify before the House Oversight and Government Reform committee Wednesday. His appearance has been postponed until he can speak with the newly appointed special counsel on the Russia probe. 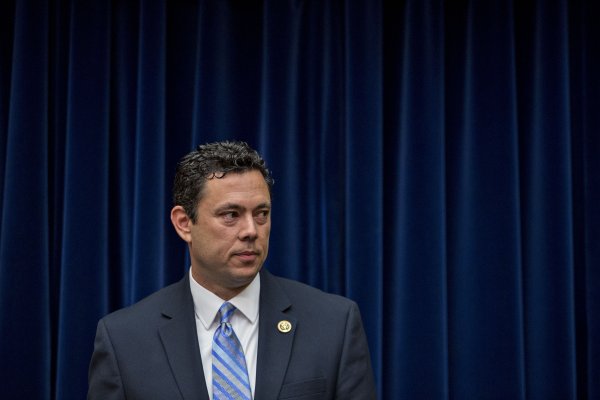