Stephen Colbert Wants to Use the Travel Ban Against President Trump

With the President on his first international trip since taking office, Stephen Colbert joked that he would like to use Donald Trump’s own travel ban against him.

As Colbert, one of late night’s most prominent political satirists, tackled Trump’s Saudi Arabia trip on Monday night’s episode of the Late Show, the host decided that the White House’s order restricting travel might be a good idea after all.

“I’ve got a little extra pep in my step tonight because Donald Trump has left the country. Federal judges, now would be a good time to reinstate that travel ban,” he began, before building his case for using the blocked executive action to bar Trump from re-entering America.

“He’ll be flying in from a dangerous part of the world. He’s said some radical stuff. Extreme vetting. That’s all I’m asking for. We don’t know where his money comes from. There’s so many unknowns.”

Colbert also joked about Trump’s face on the billboards that welcomed him to Saudi Arabia, the POTUS’s moves during a traditional dance and, of course, his viral moment touching an orb at the Global Center for Combating Extremist Ideology.

Watch the full monologue below. 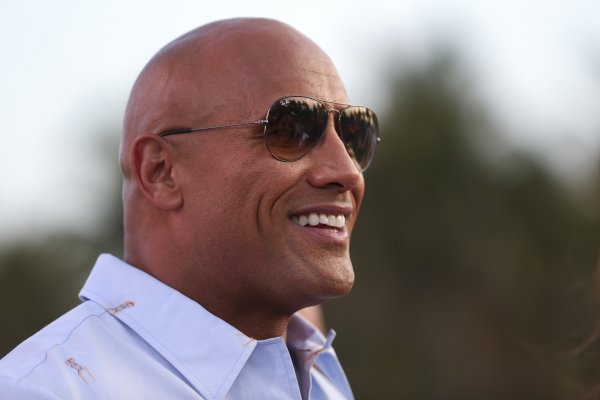 The Rock Talked to Jimmy Fallon About a Potential Presidential Run: 'We’ll See'
Next Up: Editor's Pick