By Kate Samuelson and Jared Malsin

ISIS has claimed responsibility for the deadly attack at an Ariana Grande concert in Manchester, northern England, on Monday evening — but U.S. authorities have not yet verified the claim. The attack, which killed at least 22 people, including an 18-year-old college student, and left around 59 injured, was described by British Prime Minister Theresa May as “the worst attack the city has experienced.”

The news comes after outlets reported that ISIS supporters were celebrating the bombing on social media, hailing it as a victory against “the crusaders” of the West and framing it as a response to airstrikes in Iraq. According to the Daily Telegraph, one video showed an English-speaking ISIS supporter holding up a sign reading ‘Manchester’ with the date of the attack.

A statement made via ISIS channels on the messaging app Telegram said that “one of the soldiers of the caliphate placed explosive devices in a gathering of crusaders in the middle of the British city of Manchester,” hinting that the terrorist incident was not a suicide attack, as it is believed to have been. It said the bombing was a response to Britain’s “transgressions against the lands of the Muslims.”

But the United States’ top intelligence official has said that the U.S. government has not verified that ISIS is responsible for the attack. Dan Coats, the director of national intelligence, told Congress that the extremist group frequently claims responsibility for terror attacks, the Associated Press reports.

Testifying Tuesday before the Senate Armed Services Committee, Coats said that although he was aware of ISIS’ claim of responsibility, the U.S. authorities hadn’t yet verified it. Speaking about the terrorist threat, he added: “It’s not going away and it needs significant attention.”

And the ISIS claim of responsibility incorrectly reported key details of the attack, appearing to contradict information released by the British authorities. The message also states that the explosion took place in the middle of the arena, whereas in fact the blast took place in the foyer of the venue. The statement makes no mention of a suicide bombing.

“They used to be accurate in at least reflecting media reports on attacks they had nothing to do with, but they believed they inspired. Now it seems that capability is not what it used to be before,” says Ali Soufan, a former FBI Supervisory Special Agent on terrorism cases.

The propaganda statement did not clarify whether the attack had been carried out by an ISIS member, executed with ISIS assistance, or was simply inspired by the group. In the past, ISIS has claimed responsibility for attacks where the assailants had no direct connection to the extremist group, but either acted in its name, or where the ISIS attached their brand to the killing after the fact.

The statement came through the militant group’s central media arm, rather than its official news agency. An daily rundown of military activities released by the group earlier on Tuesday did not mention the Manchester attack.

An image of ISIS’ statement was shared on Twitter by Rita Katz, Director of SITE Intelligence Group, a company that tracks the online activity of white supremacist and jihadist organizations. In another tweet, Katz said that ISIS released instructions on how to manufacture a bomb in November.

The Islamic State has used lethal attacks on civilians overseas to reclaim headlines and prestige within the global jihadist underworld, even as its fortunes decline on the battlefield. The organization’s territory has been shrinking under a relentless assault by U.S.-backed Iraqi and Syrian forces over the last two years. The group is on the brink of relinquishing its last stronghold in the Iraqi city of Mosul, and is bracing for an impending attack on its de facto capital in the Syrian city of Raqqa.

The use of at least one improvised bomb indicated a higher level of sophistication than some recent attacks claimed by ISIS, such as the melee outside of Britain’s Parliament in March, or the truck rampage on the Nice corniche in France in July 2016.

“It seems that the bomber knew how to cause the maximum amount of casualties. It seems that there is some kind of expertise and proficiency in building a bomb,” Soufan tells TIME.

In addition to ISIS, al-Qaeda and other extremist organizations have also recently urged their followers to carry out attacks in western countries. The voice of Osama bin Laden’s son, Hamza bin Laden, calls for suicide attacks in a video that surfaced earlier in may. In a separate message, Qasim al Raymi, the leader of Yemen-based Al-Qaeda in the Arabian Peninsula also called on potential jihadists living in the west to carry out what he called “easy and simple” attacks.

Soufan said that would-be attackers may not necessarily distinguish between ISIS, al-Qaeda, and other jihadist groups, instead drawing inspiration from multiple streams of extremist rhetoric.

The United Kingdom has been a target for the militant group for some time. In March, the group claimed responsibility for an attack in London when a lone assailant struck a group of pedestrians with an SUV on Westminster Bridge.

With reporting by Jared Malsin / Istanbul 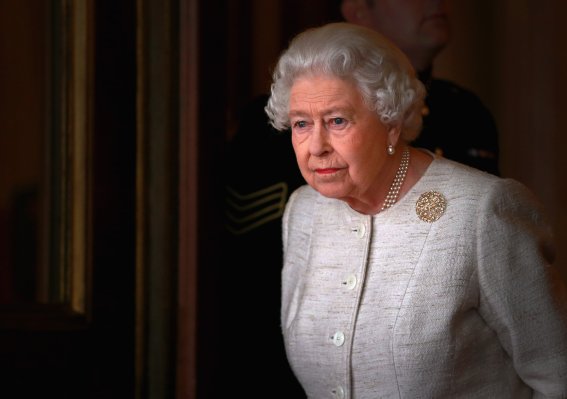 Queen Elizabeth Responds to 'Dreadful' Bombing at Manchester Concert
Next Up: Editor's Pick