When you come to a film festival, you hear the word “filmmaking” a lot. You can easily spend two hours watching a pointless, unpleasant, unpoetic, unprofound and not particularly energizing film, and when you express your dismay to a colleague, he or she may say something along the lines of, “Oh, but the filmmaking!”

But so what about the filmmaking? Everyone loves style in a filmmaker. It’s a huge part of what we go to the movies for—it’s the very language, a world of words that’s only partially expressed in words. But spending an intense 12-day period mostly with other critics can warp your sense of reality. Naturally, any given filmmaking style will spark passion in some people and indifference in others. But when you find yourself unmoved, or downright annoyed, by the “exercise in style” some alleged genius of auteurist cinema has just put before you, you run the danger of being pegged as a philistine.

Happy End, Michael Haneke’s intentionally chilly film—it is a Haneke movie after all—is a rigid snapshot of a clueless bourgeois family in Calais, presided over by matriarch Isabelle Huppert (the movie gets a mini jolt of life whenever she appears). These people live their exceedingly comfortable lives oblivious not just to the refugee crisis on their doorstep, but also to just about everything and everyone around them. Meanwhile, the clan’s resident evil preteen records mini-atrocities, including hamster abuse, on her cellphone. So many ideas here: Technology, seemingly our friend, so easily co-opted as a tool for evil! Or perhaps: She is cold, but at least she is alive! The list of semi-formed thoughts goes on.

Happy End didn’t leave me feeling even anything as definitive as cold. It left me wondering what, exactly, Haneke was trying to tell me that he hasn’t already told me in every other film of his that I’ve disliked, which is nearly all of them. In Yorgos Lanthimos’ The Killing of a Sacred Deer—a movie that’s pure Lanthimos in its clinical, deadpan mien, probably more so than the filmmaker’s last picture, The Lobster—Colin Farrell and Nicole Kidman (both as good as they can be in a picture like this) play the heads of another bourgeois family. This one is American, and its members, with their nice house and nice possessions, are anaesthetized to everything around them. Then a weird, psychic tragedy strikes. Suddenly, these previously robotic people begin responding to each other, and caring about things, like actual humans, but still in that blank, nobody-home mode. It would be more Lanthimosian if even tragedy failed to move them. As it is, I was left wondering what this elaborate, arch art-house special-ops mission, heavy with elements of Biblical lore and Greek tragedy, was trying to say.

Oh, but the filmmaking! Yeah, I guess.

I love an audacious stylistic experiment, even a failed one, as much as anyone. And the fact that I’m still thinking about these movies, even just a little, more than 24 hours after seeing them is something. But clinical filmmakers with zero warmth are, admittedly, not my thing, the sort of artists that, when pressed and tired, I feebly say I “admire” but really don’t. Both Happy End and The Killing of a Sacred Deer left me feeling that I’d been lectured to, as if the filmmakers had decided with certainty that I didn’t already know what a horrible, vile place the world is, and thus needed to be taken by the hand and shown—but with style. Thanks heaps. That said, we go to the movies for all sorts of reasons, and I will of course continue to see movies by Haneke and Lanthimos and any number of lauded filmmakers I’m not likely to respond to, because you never know. And if you think you do know—you run the risk of being as trapped on the auteurist hamster wheel as they are. 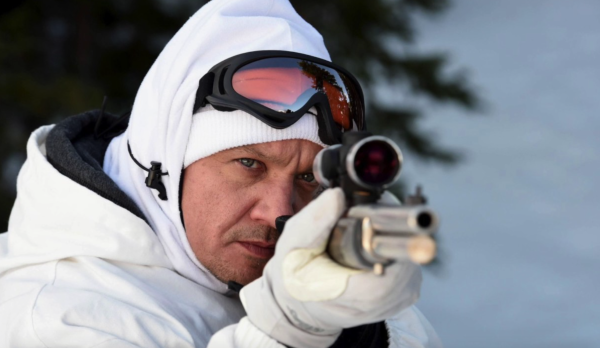 Wind River Is a Beautiful Modern Western About Another America
Next Up: Editor's Pick