How You Can Help Those Affected by the Manchester Bombing

People around the world are waking up to the news of Monday night’s terrorist attack at an Ariana Grande concert in Manchester, northern England, and wondering how they can help the 22 victims and their families, as well as the dozens of people who are injured and missing.

As is always the case in the aftermath of such a tragic incident, heartwarming accounts of taxi drivers offering free journeys to those stuck in the vicinity, hotels taking in children stranded from their families and long queues forming outside blood donation centers (with the National Health Service even asking people to stay away as they have enough supplies) have flooded social media.

But if you’re not in the Greater Manchester area, here’s what you can do to help:

Donate money to the victims and their families

The Manchester Evening News has set up a crowdfunding page, hoping to raise £50,000 ($64,973) to support the families of those killed and injured the attack. So far, nearly half of the target has been raised by 1420 supporters. Those who have donated or are unable to donate can share a link to the crowdfunding page on their social media accounts.

You can also donate money via Human Appeal, one of the U.K.’s largest Muslim humanitarian charities. “Manchester’s Muslim community stands united with everyone in the city to tell these terrorists ‘you won’t win’,” a statement on the charity’s website says. All funds will go directly to victims of the attack and their families and more than £500 ($648) has been raised so far.

Share GENUINE information on social media to help missing people and their families.

People are using the #MissinginManchester hashtag on social media to draw attention to individuals who are missing after the incident, and asking strangers to retweet the posts.

You can also share details on your social media pages about the emergency number that people with missing loved ones can call:

Please remember that when using social media it’s important to be sensitive about what you share. Images of fake missing people have been doing the rounds, so exercise caution before sharing and take a few minutes to investigate and validate before hitting the ‘retweet’ button.

There will be a vigil at 6 p.m. in Manchester’s Albert Square to pay respect to the victims of the attack, as well as other demonstrations across the U.K. and around the world. If you can’t make those, keep an eye on social media to see whether there’s one happening near you. 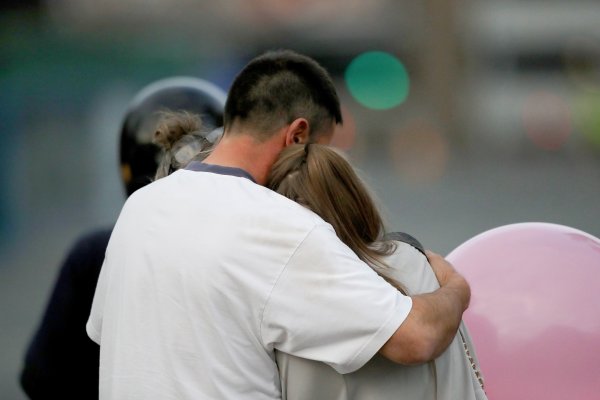 How Manchester Came Together to Help in Aftermath of Ariana Grande Concert Bombing
Next Up: Editor's Pick