No, these rolling Far Cry 5 teaser trailer shots aren’t snatched from the game itself. That would be a minor miracle even gazillion-dollar films have yet to pull off. The idea here is to fire imaginations with panoramas plucked from the Western United States — namely Hope County, Montana.

The county is fictitious, but those landscapes sure aren’t. The nearest I’ve been to Montana is Sheridan, Wyoming, but those open range sweeps framed by snowy mountains sure look a lot like the Bighorns, which run along Interstate 90, up through northern Wyoming and across the south-central Montana border. Oh, and pay close attention to those zooms and slides and you’ll notice shenanigans going on.

Is Far Cry 5 going to be a Western as rumored? It has the look and certainly the location, though given some of the civilizational things visible in the teaser, probably of the more modern Coen-esque sort. Rockstar’s Red Dead Redemption 2, about which no one knows much of anything yet, is due later this year. Given the Far Cry series’ “irreverent sandbox” pedigree, it’s probably going to wind up being one of these “Armageddon versus Deep Impact” moments, whereby two similarly-natured things coincidentally wind up competing in near timeframes.

The worldwide reveal for the game is this Friday, May 26. The game is due, along with Assassin’s Creed and The Crew sequels, by the end of March 2018. Far Cry 4 arrived in November 2014, but followup Far Cry Primal was a February 2016 thing, so it’s anyone’s guess which side of the end of the year this one’s going to fall. 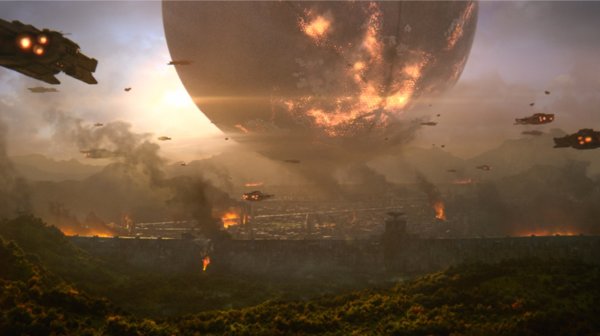 Everything We Just Learned About 'Destiny 2'
Next Up: Editor's Pick