At Pippa Middleton‘s wedding Saturday, the attendees were dressed to the nines — including the kids who participated in the ceremony.

Charlotte and George, the young children of Kate, the Duchess of Cambridge, and Prince William, were a page boy and bridesmaid, respectively, and were fitted in outfits by Pepa & Co., according to the Telegraph.

The young Royals looked adorable at their Aunt Pippa’s wedding and perhaps got a little too excited, as photographers captured Kate shushing the kids at the event at one point. 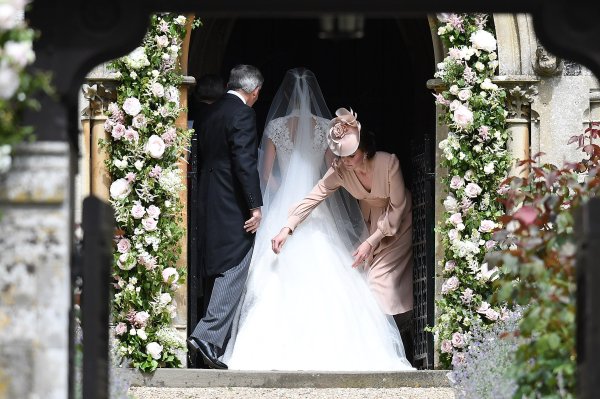