All the Times Donald Trump Called for an Independent Special Counsel

Just over a week after James Comey was fired from his post as FBI Director, the Justice Department appointed another former FBI chief, Robert Mueller, to serve as a special counsel to investigate the Trump campaign’s alleged ties with Russia and Russia’s influence over the 2016 presidential election. It’s the same probe that Comey was tasked with leading and one that President Donald Trump has expressed frustration with in the past.

“Again, the story that there was collusion between the Russians & Trump campaign was fabricated by Dems as an excuse for losing the election,” Trump tweeted last week.

Senate Majority Leader Mitch McConnell said last week that “too much is at stake” to appoint a special prosecutor, and that such an appointment would “only serve to impede the current work being done to not only discover what the Russians may have done but also to let this body and the national security community develop counter measures.” But Trump himself has repeatedly called for an independent, special counsel over the past half-decade — largely to investigate his political opponents.

The future President kicked off a series of tweets throughout the year criticizing Attorney General Eric Holder’s appointment of two special prosecutors who Trump, and a number of other Republicans, felt did not have enough independence to properly investigate leaks to news media regarding national security secrets.

Days later, Trump reiterated his disapproval of the Obama Administration’s handling of the leaks investigation.

A week later, Trump ramped up his criticism of President Barack Obama, calling his failure to appoint an independent counsel “terrible.”

As the nation mourned the 11th anniversary of the Sept. 11 attacks, Trump again brought attention to the Obama administration’s investigation over the summer. “Where’s the media?” Trump asked.

Perhaps his most famous call for a special prosecutor, then-Republican nominee Trump pledged to appoint an independent counsel to investigate Hillary Clinton’s use of a private email server and promised she would “be in jail” if he became president.

Upon winning the presidential election, Trump said that appointing a prosecutor to probe Clinton was “just not something that I feel very strongly about.” 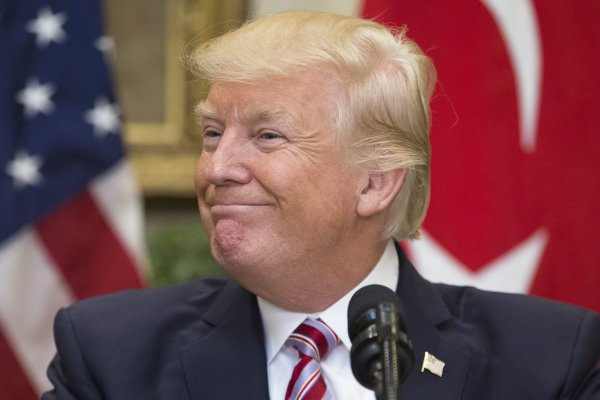 Reminder: Impeaching the President Wouldn't Necessarily Remove Him From Office
Next Up: Editor's Pick