In choosing Robert Mueller to run the Russia probe, Deputy Attorney General Rod Rosenstein has in one fell swoop restored the independence of the Justice Department, tapped a man named to head the FBI by none other than George W. Bush (which will quiet Republicans) and set the table for his congressional presentation on Thursday.

Mueller is James Comey without the drama, a straight arrow boy scout who religiously favored gray suits, white shirts and red ties…every day. He even drove the straight-laced FBI bureaucracy crazy with his probity. He was appointed very early in Bush’s first term — right before 9/11 — and was left to pick up the pieces. We used to see him in our old building in Washington, swooping into the first floor Barnes and Noble regularly to buy books by the armful.

Robert Swan Mueller III, a former Marine decorated for his service in Vietnam, is also a white shoe establishment WASP (St. Paul’s Princeton, NYU, University of Virginia), has two post graduate degrees and comes from the old money crowd that is President Donald Trump’s cultural nemesis. In addition to running the FBI, he was #2 at the Justice Department and ran the criminal division there as well. Having Mueller, of all types, in the saddle on the Russia probe may create a particular kind of havoc inside Trump’s brain.

Mueller’s appointment ensures that no stone will be left un-turned, having run both the bureau and overseen its counter-intelligence operations as FBI chief. And as a former prosecutor himself, he knows how to run an investigation and still make the FBI jump (not everyone does).

So this is a take-no-prisoners move by Rosenstein and a reminder of the old adage: be careful what you wish for. In going back to Mueller, Rosenstein has moved fast and chosen someone above reproach, above politics and who came through his run at the FBI with his reputation not only intact, but enhanced. So this is good for the country and should shut down any question of political interference from the Trump administration.

And we know tonight, somewhere, Bush himself is smiling… 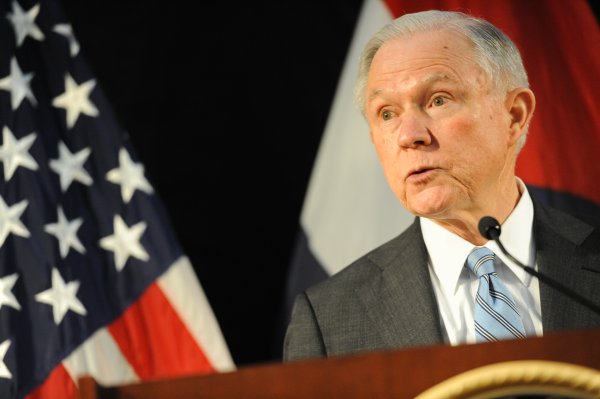