Coming soon to your television, smart phone, front door, mailbox and landline: a multi-million-dollar push for tax reform, courtesy of the political and policy network backed by the billionaire Koch brothers.

Americans for Prosperity and the Freedom Partners Chamber of Commerce on Thursday are set to announce an all-out campaign for a tax overhaul that closely resembles the broad ideas proposed at the White House earlier this year. Calling for a simplified tax code, fewer tax brackets and deductions and across-the-board reduction of rates, the plan is likely to be very popular among conservatives in the Republican Party who have yet to see tangible victories from a Republican-controlled Washington.

The plan, however, could eliminate popular tax deductions, such as those for mortgages and charitable giving. The Koch backers say the current system makes it unfair for taxpayers and gives government undue control over individuals’ and corporations’ choices.

The three-page outline, obtained by TIME, is intentionally vague but offers a starting point for discussion, a rallying point for activists and a promise to lawmakers that the Koch behemoth will have their backs. It also suggests that the Kochs are ready to kick into high gear the millions of activists who are scattered across the country and looking to rally for something, and not just against Democrats.

“Our activists are hungry to see Congress focus on tax reform that is fairer, flatter and simpler. It’s going to take vision to get that done, and we’re prepared to put in the work and resources to make it happen,” said Levi Russell, vice president of public affairs at the grassroots-focused Americans for Prosperity.

Industrialists Charles and David Koch helm one of the most sophisticated political machines in American politics. Their groups survey all corners of voters, from women and veterans to Hispanics and tea party-minded activists. Combined, the groups hold tremendous sway over Republicans, although the Kochs have never shied from targeting GOP lawmakers who stray.

The Kochs and their likeminded—and equally as wealthy—pals are frequent targets for Democrats. Yet few Democrats can credibly say they don’t covet the Kochs’ influence and potential to spend more than $1 billion if they choose during each election cycle to promote ideas and candidates.

At the same time, the White House is sure to breathe a sigh of relief. Earlier this year, the Kochs told lawmakers that their network of advertising and advocacy groups would provide them cover with TV ads if they stuck to their guns and opposed a the first compromise health care bill. Disjointed Republicans failed at their first attempts at repealing Obamacare, and the version the House sent to the Senate might as well be a doorstop for all the more usefulness it’s likely to have when the Upper Chamber starts its revisions.

The Kochs now hope their stance will help shape tax reform. The Koch-backed plan does not explicitly include a border-adjustment tax that is favored by House Speaker Paul Ryan. Charles and David Koch, along with their deep-pocketed allies, see that proposal as foolhardy and a disadvantage for workers who would see the costs of imported goods such as clothes and food increase.

The Koch-backed organizations are mindful that the governing window in Washington is quickly closing. The midterm elections of 2018 will be starting soon, and the House-backed repeal of Obamacare appears for the moment to be stalled in the Senate. At the same time, all of Washington has plunged into the scandal-to-scandal lurch that seems to come from the White House.

Without a victory soon, the Koch network will lack accomplishments to promote in television and digital ads. Advisers to the Koch cluster of groups say they want to have something positive to promote for their favored candidates, not just an attack on the rivals. With Republicans controlling the House, the Senate and the White House, excuses for inaction will wear thin next year.

“We cannot let the perfect be the enemy of the good,” said James Davis, a top Koch lieutenant. “It gets harder to pass any major piece of legislation as we get closer to an election.”

At the same time, a win next year might prove too late. Take, for instance, the 1994 crime bill. President Bill Clinton signed it into law in September of that year, heading into his first midterm elections. It was too late for Democrats to take credit and Clinton’s fellow Democrats lost a gruesome 52 seats, a record since 1946. That honor held until 2010, when Koch-backed groups pummeled Barack Obama’s party, which lost 63 seats. It’s bad money to bet against the Kochs. 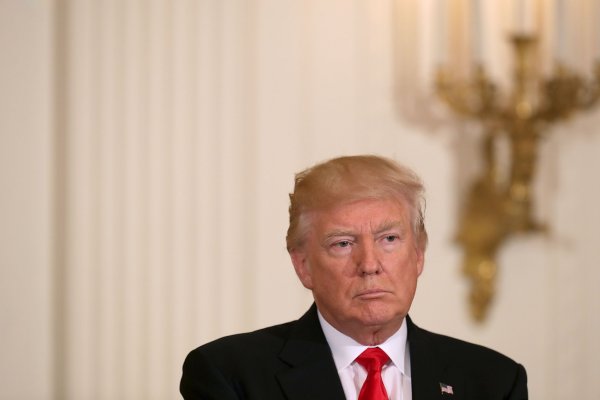 Republicans Might Be Turning Against Trump
Next Up: Editor's Pick