After a Fidget Spinner Sent Her Daughter to the Hospital, Mom’s PSA Is Going Viral

Fidget spinners are the “it” toy right now, especially among primary-school kids. But a mom in Texas is warning parents about a potential danger, after her daughter nearly choked on a metal bushing and needed emergency surgery to remove it.

Kelly Rose Joniec posted about the harrowing experience Monday on Facebook, and her post has since been shared more than 440,000 times. In the post, she writes that she was driving her daughter Britton home from a swim meet when she heard an “odd retching noise” coming from the back seat.

“Looking back in the mirror, I saw her face turning red and drool pouring from her mouth—she could utter noises but looked panicked so I immediately pulled over,” Joniec wrote. “She pointed to her throat saying she’d swallowed something, so I attempted Heimlich but there was no resistance.”

Britton was able to tell her mom that she had put part of her fidget spinner in her mouth “to clean it,” and had accidentally swallowed it. The pair rushed to an urgent care facility, where Britton was checked for choking. But the physicians there couldn’t figure out where exactly in her airway the spinner piece—a metal bushing about the size of a quarter—had lodged itself.

From there, the mother and daughter were taken to Texas Children’s Hospital in an ambulance, where an X-ray showed the bushing was lodged in Britton’s esophagus. “The GI doctor was fascinated,” Joniec wrote. “He’d only just learned of fidget spinners that morning when he was at the mall with his son, so it was a surprise to be faced with one in a case a few hours later.”

Health.com: 15 Signs You May Have Adult ADHD

Britton was given an IV and taken into surgery, where doctors used an endoscope—a narrow tube with a tiny camera on the end—to locate and remove the metal bushing.

“Fortunately we had a positive outcome, but it was pretty scary there for a while,” Joniec wrote, “not only because of the initial ingestion, but then the concern about the composition and structure of the object, and finally, the risk with general anesthesia.”

Joniec used her post to offer a word of caution to parents, noting that the small metal bushings in fidget spinners can pop out easily, and that not all spinners come with age-appropriate warnings.

She’s not the first caregiver to issue a warning about the potential choking hazard of fidget spinners. Earlier this month, Georgia resident Teresa Kesterson told a local television station that her 3-year-old grandson had been playing with a fidget spinner—also while riding in the car—when the toy came apart in his hands, leaving him holding tiny pieces including a light-up battery.

Thankfully, the boy’s mother noticed what had happened before he could put the pieces in his mouth. Kesterson told WSB-TV that the toy had not come with any language indicating that it could come apart or be a choking hazard, and was not recommended for any specific age range.

The term fidget spinner is a generic name to describe the toys, which are usually made of plastic and contain one or more metal bushings on which the outer piece spins; some also contain lights and other battery-operated features. Fidget spinners are sold by a variety of companies, and their product labeling varies. Some online listings contain warnings about choking hazards, but many do not. 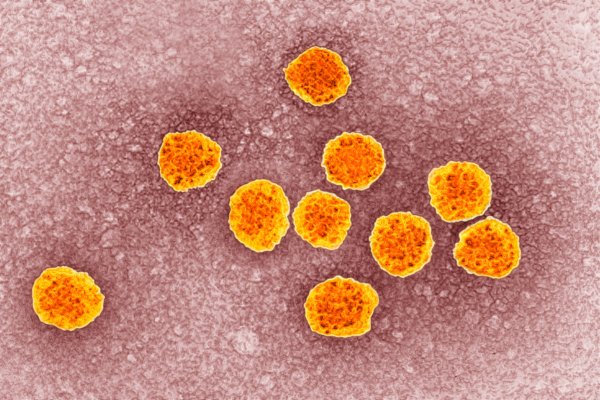 Hepatitis C Is Spiking Among Young People
Next Up: Editor's Pick