Paul Ryan on Comey Memo: 'We Need to Look at the Facts'

Speaker Paul Ryan argued that Congress doesn’t yet have all the facts on a report that President Trump asked former FBI Director James Comey to drop an investigation into National Security Advisor Michael Flynn.

“Let me tell you what I told our members just this morning: We need the facts,” Ryan said at the weekly GOP House Leadership Congress.

“We have an obligation to carry out our oversight regardless of which party is in the White House,” he continued. “And that means, before rushing to judgement, we get all the pertinent information.”

The New York Times reported Tuesday that Trump had asked Comey to end the FBI’s investigation into Flynn one day after Flynn’s resignation, citing a memo Comey prepared after the meeting. The reporting was confirmed by multiple outlets, including the Associated Press, CNN and the Washington Post, but a White House statement denied the account.

Ryan also said that it is “obvious” there are people who want to harm Trump, although he did not explain that remark. He said Congress would want to hear from Comey about why he didn’t take action following this alleged conversation with Trump, if it happened as the memo described.

“We can’t deal with speculation and innuendo, and there’s clearly a lot of politics being played. Our job is to get the facts and be sober about doing that,” he said.

Ryan pointed out that Rep. Jason Chaffetz, chairman of the Congressional Committee on Oversight and Government Reform, has already sent a letter to acting FBI Director Andrew McCabe requesting the committee receive “all memoranda, notes, summaries, and recordings” regarding communication between Trump and Comey by May 24.

The House Republican leadership did not address the New York Times report about Comey’s memo until they were asked about it. Instead, they focused on their legislative priorities, announcing they were moving ahead with tax reform and discussing the bills they were introducing in honor of national police week. 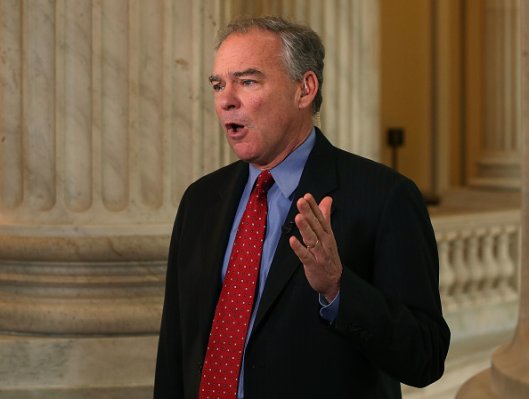 Tim Kaine: Two-Thirds of Senate Republicans Are 'Deeply Worried'
Next Up: Editor's Pick