There Are More Endangered Animals Than Ever. Here's What to Know on Endangered Species Day

Scientists have worked urgently to save endangered species since the plight of many of the world’s animals first exploded into the public consciousness in the 1970s. These efforts have saved hundreds of species from extinction — including some recognizable favorites like the bald eagle — but those success stories have been the exception rather than the rule. The list of endangered species has more than doubled in the past two decades as scientists survey more plants and animals, according to the International Union for Conservation of Nature (IUCN).

Meanwhile, the risk faced by many of the most recognizable animals is growing in urgency. More than half the population of Eastern lowland gorillas has been lost since the 1990s, leaving just a few thousand, and elephants in Africa now number around 350,000 with tens of thousands killed every year. Scientists warn that without decisive action these animals could soon be extinct in the wild.

Here’s what you need to know on Endangered Species Day, which is recognized each year on May 19:

How does a species qualify as endangered?

The International Union for Conservation of Nature (IUCN) provides the most comprehensive global accounting of endangered species, classifying vulnerable species on a spectrum that ranges from “near threatened” to “extinct,” with the “endangered” classification sitting in the middle. IUCN considers a wide range of criteria to determine whether a species qualifies as endangered, including a shrinking population, issues that prevent reproduction and vulnerability of the species’ habitat.

The U.S. has a separate legal process to classify threatened species laid out in the Endangered Species Act. The law offers somewhat wide latitude to protect vulnerable species, but the designation often suggests that species live in a threatened habitat, face stresses like overfishing or are at risk of widespread disease. Species are typically identified through petition or the assessment of the U.S. Fish and Wildlife Service (FWS).

How many species are considered endangered?

The IUCN lists more than 23,000 plant and animal species threatened with extinction on its Red List, including corals, birds, mammals and amphibians. But the scientists behind the list acknowledge that the number only represents a fraction of the likely number of threatened species, as researchers do not have the bandwidth to assess all the potential threats. Nearly 1,500 species are listed as endangered or threatened by the FWS.

Why do endangered species matter?

Species loss threatens to reduce biodiversity, the presence of a variety of species in a given area, which is key to sustaining both local ecosystems and the global ecosystem more broadly. Biodiversity helps ensure that certain specific and necessary functions are carried out within an ecosystem — think about how pollination allows plants to flower and predators eliminate pests. Biodiversity ensures that if one species goes extinct or leaves a particular region, another is there to take its place. Ultimately, the collapse of ecosystems can lead to even bigger problems like the worsening of climate change, because of the increased release of carbon dioxide.

How and when did the concept of endangered species come about?

Concern over the wellbeing of animals exploded in the 1960s and 1970s along with other concerns about the environment and conservation. The term itself first came into use in the mid-1960s and was canonized with laws like the 1972 U.S. Endangered Species Act, which laid out rules for protecting endangered species. 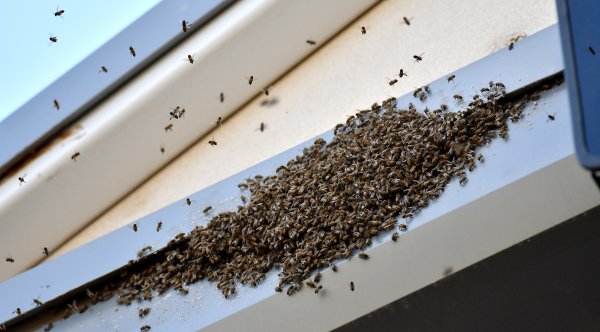 A Swarming Bee Invasion Shut Down a Street in London
Next Up: Editor's Pick