In an interview with CNN’s Anderson Cooper, Yates said Flynn was in a “serious compromise situation, that the Russians had real leverage.” When asked if Flynn’s actions were illegal, she said there was “certainly a criminal statute that was implicated by his conduct” and that Flynn had lied to Vice President Mike Pence.

“We expected the White House to act,” Yates said, adding that they should have done so quickly.

Before her first on-camera interview since being dismissed from the Trump Administration, Yates testified to the Senate Judiciary Committee’s Subcommittee on Crime and Terrorism. She discussed Flynn’s contact with the Russian Ambassador to the U.S. before Trump himself took office.

Yates warned the Trump Administration about Flynn 17 days before he was fired.

“Whether he is fired or not is a decision by the President of the United States to make, but it doesn’t seem like that’s the person who should be sitting in the National Security Adviser position,” she told CNN.

Yates also told Cooper she had never leaked any classified information to the media — countering a claim Trump made in a tweet earlier this month. When asked about that tweet, Yates responded, “There have been a number of tweets that have given me pause.”

Trump fired Yates in January after she refused to defend his administration’s first iteration of the travel ban on several Muslim-majority countries. 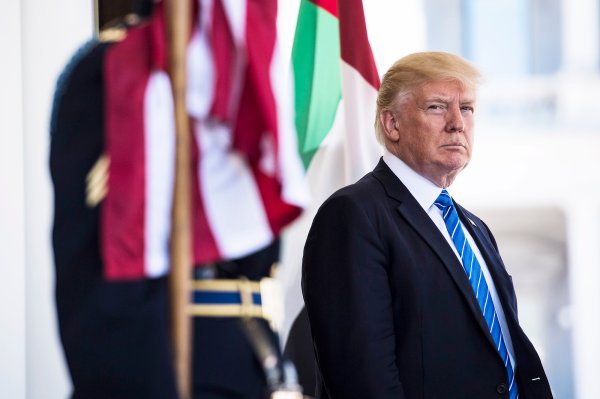 Donald's Defense
Next Up: Editor's Pick