When asked at the Monday press briefing whether or not President Donald Trump was recording conversations in the White House following a tweet the president sent about “tapes” in reference to FBI Director James Comey, Spicer once again deflected the quqestion.

“The president has nothing further to add on that,” Spicer said repeatedly when pressed on whether or not there were tapes. When Spicer was asked if administration officials and other lawmakers had anything to worry about when having conversations with the president, he offered up a similar response.

President Donald Trump issued a series of tweets on Friday following the backlash over Comey’s firing. “James Comey better hope that there are no ‘tapes’ of our conversations before he starts leaking to the press!” Trump tweeted.

Lawmakers have called on Trump to give them any such tapes if they exist. “If there are any tapes of this conversation, they need to be turned over,” Sen. Lindsey Graham said Sunday. 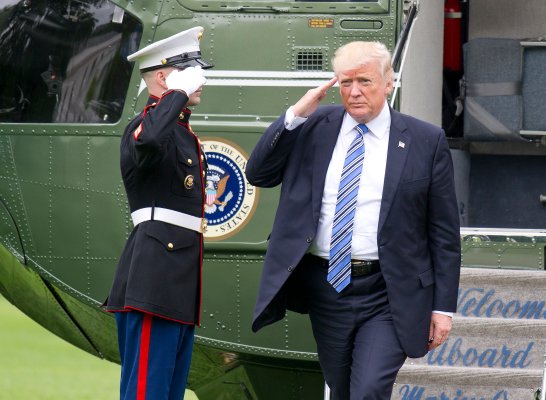