In a meeting straight out of Netflix fans’ wildest dreams, Stranger Things‘ Finn Wolfhard (who plays Mike Wheeler) and 13 Reasons Why‘s Dylan Minnette (who plays Clay Jensen) have developed a burgeoning bromance that includes charming Twitter interactions and a mutual appreciation for music.

The pair met up IRL recently at the Strange ’80s benefit concert, where they both performed with their respective musical acts — Wolfhard fronts the band Calpurnia, while Minnette is a part of the band, Wallows — and expressed much mutual respect for each other, which later showed up in their tweets to one another.

In one tweet, Wolfhard shared a photo of the two of them along with the caption, “What a handsome young man,” to which Minnette replied, “I want to be like @FinnSkata when I grow up.”

A later tweet has the pair planning on doing a show together with their two bands.

A mashup between the stars of Stranger Thingsand 13 Reasons Why? We can’t think of anything better. 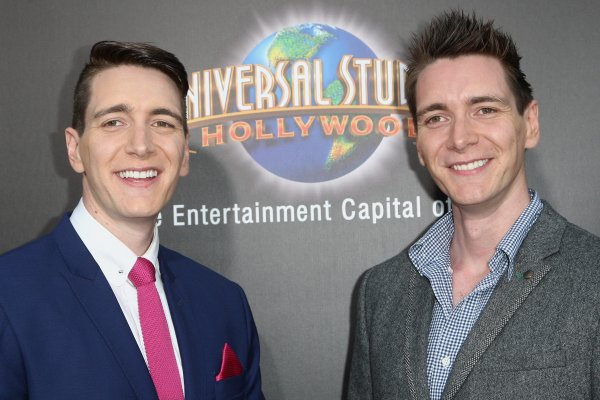 Fred Weasley Isn't On Tinder Despite This Impostor's Profile
Next Up: Editor's Pick