Taylor Swift, global pop star and music titan, couldn’t make it to a graduation party she was invited to by one of her many millions of devoted fans. But in the ultimate celebrity-best-friend move, Swift managed to send the recent grad a giant bouquet — and a handwritten note, full of good wishes for her future and adoration for her choice of party theme.

“I’m so sad I can’t make it to your graduation party!” Swift wrote. “The New York theme, the photo booth, it being on the 13th… that’s my kind of party.” (Swift’s favorite number is, notoriously, thirteen.) “I’m so proud of you, your hard work and dedication, your excitement and ambition. I’m very lucky that a girl like you cares about me.” Swift also included a sketch of New York and Ashley, as a stick figure, on the opposite side of the card — art that Ashley will definitely be treasuring.

Ashley is especially lucky since Swift has kept a determinedly low profile in 2017, releasing one song with Zayn for the 50 Shades Darker soundtrack and otherwise staying far from the public eye or performances. 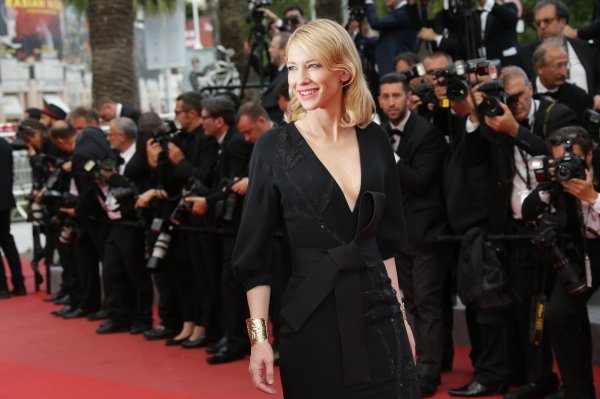