Russian President Vladimir Putin, known for his displays of sporting prowess, showed an artistic side on Sunday by playing two Soviet-era tunes on a piano during a visit to China.

Putin, who was in Beijing for the One Belt, One Road conference, sat down at the baby grand piano while waiting to meet China’s President Xi Jinping at the state Diaoyutai residence. According to Associated Press, the 64-year-old played Evening Song by Vasily Solovyov-Sedoi and Moscow Windows by Tikhon Khrennikov, tunes that were respectively considered unofficial anthems for Leningrad (now known as St. Petersburg) and Moscow.

The seemingly casual performance was captured by a cameraman and was widely circulated on Russian media outlets. This is not the first time the Russian leader has flaunted his musical skills. Putin performed Fats Domino’s Blueberry Hills at a charity concert in 2010, which was attended by actors Sharon Stone, Kevin Costner and Gérard Depardieu. 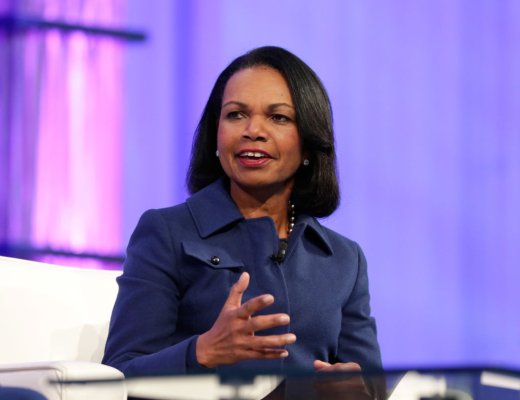 Condoleezza Rice Is 'Appalled' by Russian Election Hacking
Next Up: Editor's Pick