Spicey Is Back: Melissa McCarthy Makes Much-Anticipated Return to SNL as Sean Spicer

Melissa McCarthy’s return to her role as White House Press Secretary Sean Spicer couldn’t have come at a newsier time.

The actress and comedian returned to host “Saturday Night Live” after a whirlwind week in Washington where President Trump made the historic decision to fire former FBI Director James Comey — a decision Spicer and the White House press team initially tried to defend by citing recommendations from the Department of Justice, only to have Trump contradict them later in the week. Spicer also became an internet meme (again) after the Washington Post reported how he huddled with his staff in the bushes while reporters waited for context on the Comey decision, only to clarify he was actually hiding “among the bushes.”

McCarthy, who was spotted in midtown Manhattan Friday on a motorized press podium, first emerged on the stage Saturday anxiously peeking into the White House briefing room —from the bushes — while his deputy, Sarah Huckabee Sanders, (played by Aidy Bryant) fended off questions about whether she would replace him. McCarthy then bursts into the briefing room, spraying a reporter with a fire hose and taking over the podium.

She then proceeds to berate reporters asking about Trump’s decision to fire Comey and whether it was related to the FBI’s investigation into possible collusion between his campaign associates and Russia.

“Trump is innocent,” McCarthy insisted. “How do we know? Because he told us so. Period.” 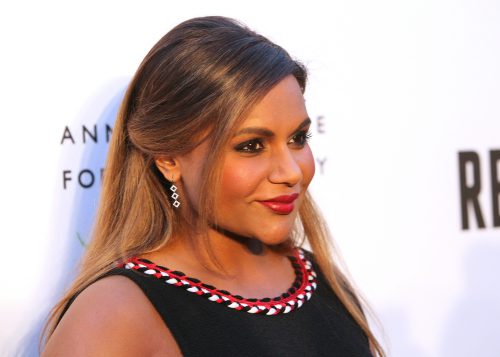 Mindy Kaling Has a New Show Coming to NBC
Next Up: Editor's Pick