How to Tell If You’re a Narcissist

What is narcissism, exactly?

In today’s world, the term “narcissistic” has come to mean little more than vain. But narcissism is far more complex than that. It exists in many shades along a continuum from extra-healthy ego to pathological grandiosity. A large 2009 study estimated that 6% of people in the U.S. suffer from full-blown narcissistic personality disorder. But it’s likely that many more fall short of the strict diagnostic criteria.

So how can you tell if you lie somewhere on the spectrum? Read on to learn about 10 common narcissistic traits—and see how many feel familiar. If you find that you share more than a few, you may want to seek help from a therapist. At its core, narcissism is a disguise for a deep-seated sense of shame that you may not even realize is there.

“Narcissists dominate conversations,” says psychotherapist Joseph Brugo, PhD, the author of The Narcissist You Know ($25; amazon.com). “They feel compelled to talk about themselves, and they exaggerate their accomplishments.” You might find yourself embellishing your stories, spinning them to impress your audience. You paint yourself as the boss’s most trusted advisor, the most flexibly yogi in your class, the most popular neighbor on the block. These fabrications are easy to excuse as little white lies that help you tell a better tale. But really they serve a riskier purpose: to shore up an idealized version of yourself that distracts you from the intolerable fear that you are actually not good enough.

You have a habit of giving (unsolicited) advice

Sure, you’re trying to be helpful by recommending the best restaurants in Portland, or sharing your wisdom on parenting through the terrible twos. But you are also seizing an opportunity to demonstrate your superior knowledge and insight, explains Brugo. “Narcissists are always a little more in the know,” he says. “They seem to have the inside info on everything.” By acting more sophisticated than everyone in the room, you are bolstering your inflated sense of self—unfortunately at their expense.

You detest waiting in line

And you get frustrated if someone doesn’t respond to your voicemail right away. On some level, you feel you deserve special treatment, whether you’re among friends or at the DMV. “Whatever a narcissist’s needs are, they need to be met now,” says marriage and family therapist Karyl McBride, PhD, who has written two books about dealing with narcissists, Will I Ever Be Good Enough? ($16; amazon.com) and Will I Ever Be Free of You? ($25; amazon.com). “They want automatic compliance because they are that important.” Whether you are conscious of it or not, you live your life with a sense of entitlement, and for better or worse, expect the world to revolve around you.

Your ambition knows no bounds

It’s one thing to shoot for the stars, and then work your butt off to get there. It’s quite another to believe you are destined for greatness. That type of grandiose assumption is a classic symptom of narcissists. They tend to believe they are naturally special, and part of an elite class that deserves only the best. “They fantasize about how much more powerful they will be, how much more beautiful, how much richer,” explains McBride.

They also prefer to associate with other “high-status” people, and may obsess over status symbols (from the right shoes to the right stroller)—and even belittle anyone who they don’t perceive to be part of the same exclusive club.

You know how to turn on the charm

You’ve got a knack for making other people feel important. Your relationships probably move quickly, like the intoxicating, whirlwind romances of storybooks. But all the admiration you shower on that person is part of an unspoken deal: You expect him to make you feel just as attractive and intelligent. The minute he questions or criticizes you, the gig is up, and he is sent swiftly “from the pedestal to the trash heap,” as Brugo puts it.

You are the competitive type

In a narcissist’s worldview, there are winners and losers, says Brugo, and the narcissist needs to win in virtually every domain—on the tennis court, at the office, heck, even in the community garden. “They have to make themselves out to be superior to somebody else,” he explains, in a relentless quest to prove their dominance. The opponent could be a stranger or someone you love. That compulsive drive to come out on top (no matter who ends up on bottom) makes it difficult to celebrate other people’s successes, like, say, your college pal’s beautiful new house—because in that moment, someone else is the “winner.”

To everyone else you probably seem highly confident—the kind of person who doesn’t give a crap what other people think. But for narcissists, that couldn’t be farther from the truth. They care deeply about maintaining their idealized image of themselves, and have trouble tolerating any sort of disapproval or insult, explains Brugo. No matter how small a criticism, “it feels like a huge assault, a personal attack,” and one they’re unlikely to forget. “If they feel slighted, or abandoned, they don’t get over it,” adds McBride. Rather than deal with their hurt feelings, they get angry and seek revenge, in one form or another.

Ask yourself if you admit when you’re wrong: Do you own your screw-ups? Do you apologize for them, and try to fix them? Or do you immediately flip the script and say things like, “It’s because of how you were treating me that I did XYZ” or “You drove me to [cheat/drink/lash out].” Narcissists refuse to be held accountable for their mistakes and bad behavior, and instead shift the blame to someone else, says McBride. Even within their close personal relationships, narcissists believe there is always a winner and a loser, and she’ll do what it takes to win.

You take advantage of people

It may not be intentional, but it happens, because you tend to view situations in terms of what they mean for you, and you only. The reason? A lack of empathy, explains McBride. The “inability to turn into the emotional world of others” is a cornerstone of narcissism, she says—and what makes it so dangerous. “Narcissists expect others to revolve around their needs, but they refuse to do the same for anyone else.”

That means to get what you want, you aren’t afraid to manipulate or bully whoever is in your way. Because in the end, it’s always all about you.

You have an addiction

Think about how people feel when they are high: untouchable, bulletproof, on top of the world. In essence, it’s that same sense of grandiosity that narcissists crave. “When I finally made this connection, it made so much sense within my practice,” says Brugo. Your high might come from alcohol, plastic surgery, shopping—it doesn’t matter. “The addicted narcissist keeps turning to the drug again and again to get that incredible on-top-of-the-world feeling. When the drug wears off, they are often filled with shame. And when the shame becomes unbearable, they turn to the drug again.” 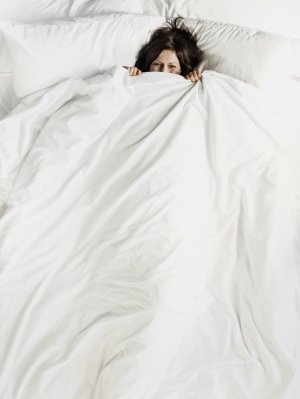