No, the reason why Chrissy Teigen and John Legend are the embodiment of dreamy modern love is because the two share a wickedly witty sense of humor that keeps their rom com-esque romance from heading into saccharine territory. Chrissy shoulders most of this responsibility by burning her husband at every opportunity she can, whether by trolling him on Twitter or burning him with her Instagram captions— and thankfully, for our entertainment, John’s an exceptionally good sport about it.

We’ve rounded up all the most memorable times that Chrissy’s owned John on social media below — read on for some epic mean tweets and hilarious Instagrams.

Chrissy had some strong thoughts about John’s style choices in the past.

Trolling or flirting? You be the judge.

Even when she has a rare moment of sappiness, Chrissy keeps it real about John.

Chrissy is candid about being generally unimpressed with John’s many honors.

And she knows that the key to a successful relationship is keeping the spark — and anxiety — alive.

Her tactics to make sure that she is the only love of John’s life are unparalleled.

Lest you forget where John’s most beloved song came from, Chrissy is here to remind both you and him.

She’s also conscientious about capturing all of John’s most embarrassing moments and kind enough to share them with all of us.

If John wasn’t embarrassed about crying before, Chrissy definitely made sure that he was after this.

Chrissy subtly dropped a few hints about her husband via Twitter.

Even the birth of their adorable baby girl couldn’t stop Chrissy from burning John on Twitter.

Even when it comes to John’s sense of style, Chrissy couldn’t help but give him a gentle ribbing by asking GQ to acknowledge how dapper he looked on a red carpet.

John, has, on occasion, shown that he can dish back the trolling like the best of them.

When it came to John singing the National Anthem, Chrissy seems to prefer the guidelines of Kendrick Lamar: Sit down…Be humble.

For all her trolling, however, don’t worry — divorce isn’t in their future.

And of course, there was this.

There was the time that Chrissy teased John about the typo on his name card at the Golden Globes.

Even her subtweets of John are legendary.

And the time that she saw through his plots to thwart her success on the piano.

One time, she trolled him like one of her Internet haters, complete with fitting GIF use.

And the time that she helped the Internet troll him with an A grade meme.

She also knows how to get on his nerves and exercises her right to do so.

John didn’t just have to worry about the Internet trolls coming for him after he lost his bag at the airport — the person who roasted him the most was his wife.

And just for the record, John is definitely not Chrissy’s favorite singer on The Voice, something he’s well aware of.

In retaliation for John dancing with a fan, Chrissy got matching henna back tattoos with a random stranger — and thankfully for us, Snapchatted the entire thing.

Of course, who could forget Teigen’s dedication to carrying on the Internet’s firmly-held belief that John has an uncanny resemblance to Arthur?

Something that she’s revived on multiple occasions, including when John got an Emmy and completed his coveted EGOT.

Even the couple’s wedding anniversary isn’t safe from Chrissy’s lighthearted ribbing. The couple recently celebrated 5 years of marriage, but Chrissy took John to task for his new gig on The Voice. 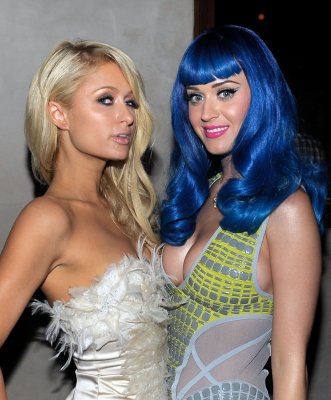