Exercise Makes You Younger at the Cellular Level

The more exercise people get, the less their cells appear to age. In a new study in Preventive Medicine, people who exercised the most had biological aging markers that appeared nine years younger than those who were sedentary.

Researchers looked at the telomeres from nearly 6,000 adults enrolled in a multi-year survey run by the Centers for Disease Control and Prevention. People were asked what physical activities they had done in the past month and how vigorously they did them. They also provided DNA samples, from which the researchers measured telomere length. Telomeres, the protein caps on the ends of human chromosomes, are markers of aging and overall health. Every time a cell replicates, a tiny bit of telomere is lost, so they get shorter with age. But they shrink faster in some people than in others, explains study author Larry Tucker, professor of exercise science at Brigham Young University.

“We know that, in general, people with shorter telomeres die sooner and are more likely to develop many of our chronic diseases,” says Tucker. “It’s not perfect, but it’s a very good index of biological aging.”

MORE: Here’s Why You May Be Aging Faster Than Your Friends

After adjusting for smoking, obesity, alcohol use, gender, race and other factors, Tucker found in his study that people who exercised the most had significantly longer telomeres than those who were sedentary. The most sedentary people had 140 fewer base pairs of DNA at the ends of their telomeres, compared to the most active: a difference of about nine years of cellular aging, he says.

To qualify as top-tier exercisers, people had to do the equivalent of at least 30-40 minutes of jogging a day five days a week. Doing less was also linked to aging benefits, but they were not as powerful. People who did vigorous exercise had telomeres that signaled about seven fewer years of biological aging, compared to people who did moderate levels of activity.

Tucker says he was surprised to see so big of a difference between moderate and high levels of exercise. “Moderate exercise was still valuable and it had some benefit, but it was really those high levels of physical activity that made the real difference,” says Tucker. The top exercisers were vigorously working out 150 to 200 minutes a week, or engaging in light- to moderate-intensity activity for longer periods. Research continues to suggest that more exercise means deeper reductions in risk for chronic disease, to a certain point.

The current study relied on self-reports about physical activity and was only able to show an association—not a cause-and-effect relationship—between exercise amount and telomere length. It wasn’t able to account for factors like depression, stress, sleep disturbances and dietary practices that could affect exercise habits, genetic changes, or both.

But a link between physical activity and cellular aging makes sense, says Tucker. Experts believe that telomere length may be linked to inflammation and oxidative stress, both of which exercise has been shown to ease over time.

While there’s no guarantee that people with longer telomeres will live longer, healthier lives, the odds may be in their favor, says Tucker. “We all know people who seem younger than their actual age,” he says. “We know exercise can help with that, and now we know that part of that may be because of its effect on our telomeres.” 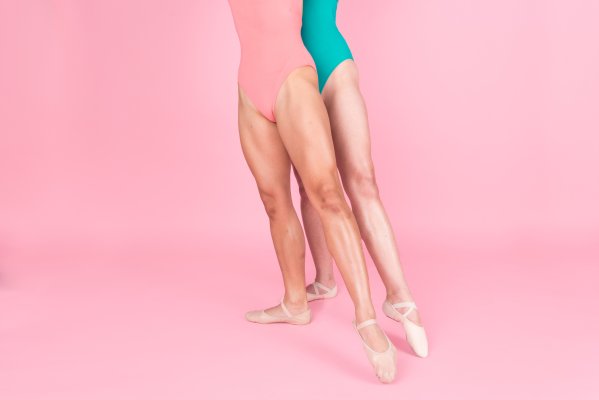 Why Barre Class Is So Good for Your Body
Next Up: Editor's Pick